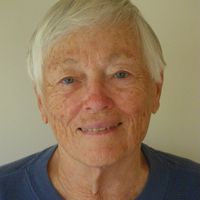 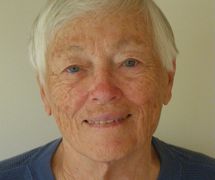 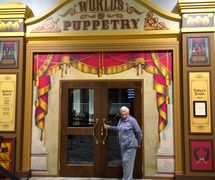 American puppeteer, author, collector. In New Orleans in 1954, Nancy Lohman Staub with Sidney Kittinger founded the Pixie Players, which continued as the Punchinello Players until 1960. In 1968, she opened another theatre in New Orleans, the Puppet Playhouse, where she directed two shows for puppets and symphony orchestra, Babar and Peter Rabbit.

As the director of the UNIMA 13th World Puppetry Festival, held in Washington, DC in 1980, Nancy Lohman Staub created a landmark in American puppetry. The festival exhibit, Puppets: Art and Entertainment, toured to eleven cities in the United States. She served on boards and panels for UNIMA-USA, UNIMA International, Puppeteers of America, The Jim Henson Foundation, and the Theatre Panel of the National Endowment for the Arts. Nancy Lohman Staub donated her major collection of international puppets to establish the museum at the Center for Puppetry Arts in Atlanta, Georgia Center for Puppetry Arts in Atlanta, Georgia.

The work of Nancy Lohman Staub has raised the standard and consciousness of puppetry in the United States and abroad. Puppeteers on every continent value her friendship, her curiosity, her quiet optimism and keen intelligence.