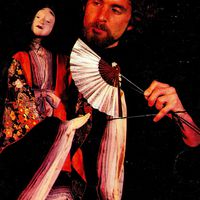 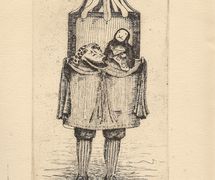 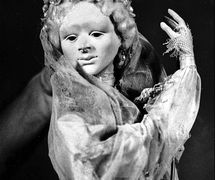 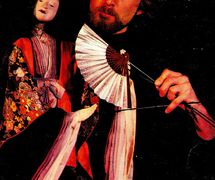 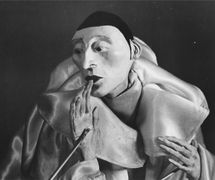 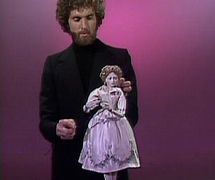 American puppeteer. Bruce Schwartz grew up in California and as a teenager he performed at the San Francisco Renaissance Faire. His solo hand puppet (glove puppet) show in a “walk-around” booth captivated audiences. Two hand puppets playing a recorder duet opened a show and introduced a strong, witty female character that brought great freshness to conventions sometimes associated with Punch and Judy shows. He performed at his first national festival at the age of 21 in 1976, and this gifted young artist quickly gained national and international recognition. He knew how to deeply touch an audience with a proper Victorian lady rod puppet singing a haunting ballad, or using no words at all for his Pierrot in white satin.

Some figures were worked from below, and others were worked on a tabletop, as Schwartz visibly controlled them by very short rods and a pinch at the neck. His three UNIMA-USA Citations of Excellence were for The Rat of Huge Proportions (1975), Victorian and Renaissance Puppetry (1977), and Three Cradles (1978). Bruce Schwartz performed at the 1980 13th UNIMA World Puppetry Festival in Washington, DC. There were television performances on Jim Henson’s The Muppet Show and The Johnny Carson Show.

Bruce Schwartz toured North America, Europe, and Japan. He received commissions from Jim Henson, a grant to study in Japan, and, in 1985, he was the first puppeteer to receive the MacArthur Foundation Fellowship, sometimes referred to as the “genius award”. Bruce Schwartz was one of six international puppeteers to be profiled for the videotape series Jim Henson Presents the World of Puppetry (1985).

After 1986, Schwartz followed other interests. He was the puppet maker for the film La Double Vie de Véronique (The Double Life of Veronique, 1991) directed by Krysztof Kieślowski.

Bruce Schwartz will be remembered for his exquisitely lyrical rod puppets, his bawdy Renaissance one-man show, and an all too brief career in puppetry.