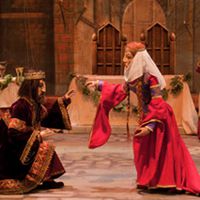 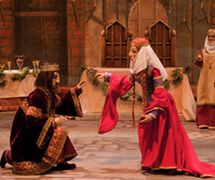 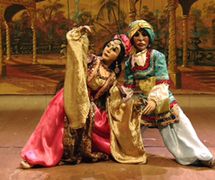 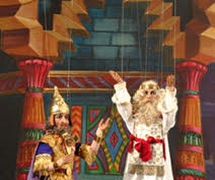 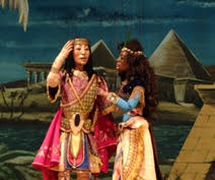 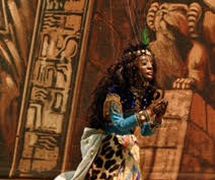 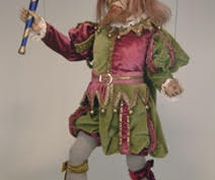 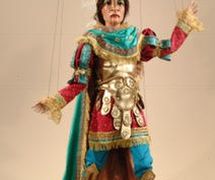 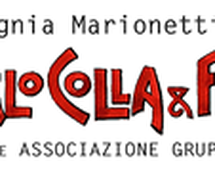 Family of Italian puppeteers, still represented by two companies. According to family tradition the activities of the Colla family go back to Gaspare Carlo Gioacchino Colla, known as “Giuseppe” (1805-1861). He was the son of a well-to-do merchant family of Milan which appears to have had in their mansion a marionette theatre for home entertainment. In 1815, following a reversal of fortune caused by  the fall of Napoleon and the consequent return of the Austrians to the city, Giuseppe left Milan, bringing with him the puppet show which he converted from a form of recreation into a way of earning a living. We know nothing about the ups and downs of Giuseppe’s life prior to the first definite date for his professional activity as a puppeteer, 6 March 1835, when we learn from the registers of the company that he presented a show at Borgo Vercelli.

Giuseppe Colla travelled mainly in Piedmont and Lombardy. His repertoire did not consist only of thrilling dramas such as La sepolta viva (The Woman Buried Alive), Il parricida innocente (The Innocent Parricide), Attila flagellum Dei (Attila the Scourge of God) or of farcical comedies, but as time went by was broadened out to bring to the stage contemporary events such as La battaglia di Palestro (The Battle of Palestro), which was put on only a few months after the event in which the company itself had been directly involved.

The main character in the shows was Famiola, a cheerful Piedmontese clown who can be traced back to at least 1811 in the repertoire of the Rizzi family. Famiola, half way between a buffoon and a servant, wore a red costume with white edging and a large green cravat and showed characteristics common to all the poor “masks” (maschere, stock characters). His name comes from the first words he pronounces as he hatches from an egg: “Je l’ai faim” (I’m hungry).

After the death of  Giuseppe in Soresina on 21 March 1861, the show was divided up between his three sons, Antonio, Giovanni and Carlo, which led to the creation of three separate companies.

Antonio’s company acquired the widest reputation and enjoyed triumphs in the most important places. His marionettes appeared several times at the Gerolamo theatre of Milan where the topical piece La sconfitta di Dogali (The Defeat at Dogali) was performed one hundred times in 1887.

Little is known of the activity of his brother Giovanni, who is however better known because of his son Giacomo (Piacenza, 1860 – Marnate, Olona, 1945) who was famous for his interpretation of the character of Famiola. Giovanni was the originator of the present company, “Le marionette di Gianni e Cosetta Colla”, which is based in Milan at the Olivetani theatre. Their work is characterized by the creation of a new repertoire involving collaboration with artists and writers.

The earliest mention of the company of Carlo Colla (1833-1906) dates back to a performance in Broni on 22 August 1863. Carlo travelled south of the Po and in the provinces of Pavia, Emilia Romagna and especially Piedmont. The main character that he played was Famiola. He had seven children, only four of whom survived: Rosina (1870-1957), Carlo (1873-1962), Giovanni (1877-1956) and Michele (1883-1946). They grouped together forming a company under the name of the “Compagnia Carlo Colla e Figli”. In 1890, Carlo was hit with a serious throat condition, which forced him to abandon the character of Famiola and entrust it to his barely sixteen-year old son Carlo.

Under the latter’s direction, the company became particularly famous for the richness of its productions and the staging of major spectacular musical shows. The company still visited less major centres in Piedmont, such as Courgné, Susa and Biella, before appearing at the Teatro Regio of Parma and then, in 1906, at the Gerolamo Theatre in Milan. They returned to the latter in 1910 and became permanently established there until 1957, the year in which the Gerolamo was finally closed and the company had to be wound up.

In 1956, the “Carlo Colla e Figli” company was re-founded, its driving forces being Eugenio Monti (a nephew of Michele) and Carlo III, the son of Giovanni. Gianni and Cosetta Colla, of the fourth and fifth generations, were also permanently established in Milan in 2005 and were aware that they had to renew a theatre that had a long tradition behind it. They resorted to new techniques and new texts and applied to their shows the results of their more experimental research.

This company has become the greatest existing Italian marionette show active today and is famous both at home and abroad for its re-thinking and re-interpreting of traditional shows.