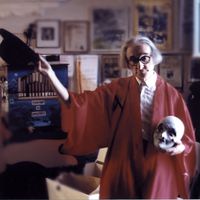 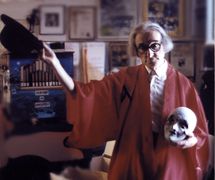 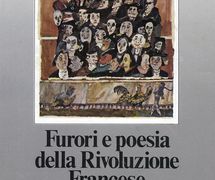 Italian poet, writer, essayist, translator and puppeteer. Guido Ceronetti’s poetic work and his creations for puppets are linked to his research in philosophy, constituting two facets of his battle against ugliness and vulgarity. Loss of sensitivity figures among the grievances that Ceronetti retains against the “modern” world: modernity discourages man and disintegrates his soul, a danger that Ceronetti denounced in his regular opinion pieces in the Turin newspaper La Stampa. In 1970, he founded the Teatro dei Sensibili (Theatre of the Sensitive), a little travelling stage (théâtre d’appartement) for his puppets that he described as “ideophores”. These are at once simpler and more complex than conventional puppets. They are held by a single thread attached through the head; they are very small and it is nearly impossible to manoeuvre them like traditional figures.

Ceronetti’s theatre does not seek virtuosity or realistic illusion, but rather proposes apparitions apt for eliciting the spectator’s surprise and emotion, pushing aside every “modern” instrument and any search for “special effects”. As its name suggests, the “ideophore” puppet only plays abstract and ideal roles. “Dare gioia è un mestiere duro” (Giving joy is a difficult profession): this is the motto of the Teatro dei Sensibili, which created plays that are better categorized as theatrical experiences than as texts, properly speaking. I Misteri di Londra  (The Mysteries of London, 1978), Furori e poesie della rivoluzione francese (Furors and Poetry of the French Revolution, 1983), La Iena di san Giorgio (The Hyena of Saint George, 1986), Mystic Luna Park (1988), Viaggia, viaggia Rimbaud! (Journey, Journey, Rimbaud!, 1991) are the best known productions of this acrobatic thinker.