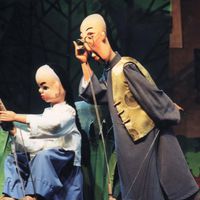 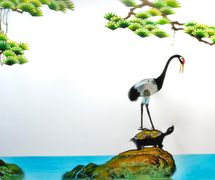 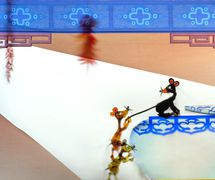 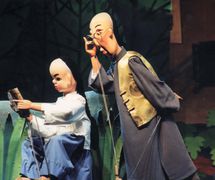 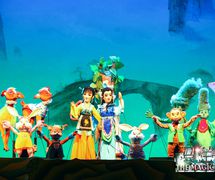 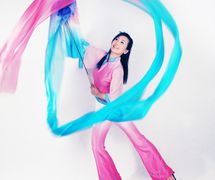 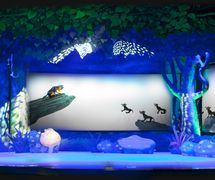 Chinese puppetry and shadow theatre based in Changsha, Hunan Province. Founded in 1956 in South Central China, this most celebrated shadow theatre troupe of Hunan Province developed from a provincial troupe established in 1953. After success in the Festival of Shadow Puppet Theatre and Puppetry in Beijing in 1955, the shadow puppeteers joined with a puppetry troupe and made two international tours.

The troupe’s technical and scenographic innovations influenced other puppet and shadow theatres in China. It introduced florescent lighting and incorporated new plays into its repertoire. Aside from traditional works like Liang Hongyu Plays the Drum and episodes of Journey to the West, it created many modern plays for children, such as Fight between the Tortoise and the Crane (performed at a festival at the Théâtre Marigny in Paris), and for adults, including the 1960s production of Night Lute on the Lianhua River (on the theme of steel production). An example of work for viewers of all ages is Dancing with Wolves by Yan Shou presented at the 21st UNIMA Congress and World Puppetry Festival held in Chengdu in 2012, in which a mother wolf asks the pack to be allowed to raise a human baby after she rescues a child from a flood.

The troupe uses translucent shadows, multiple screens and digital projections to create strong visual effects. It has performed in Asia (Korea, Vietnam, Japan), Europe (Poland, Hungary, Soviet Union, France, Switzerland), the United States and Australia, and has participated in many international festivals. It won the best performance award at the Third International Puppet Festival held in Romania in 1965. The show Golden Scale won an honorary award at the Australia International Puppet Festival in 1983. The company won Wenhua awards from the Chinese National Art Festival in 1993 and 1997. Major artists of the group in the first decade of the 21st century include Tan Qishu, Yu Zhaofu, Xiong Guoan, and Li Guixiang.

Hunan Puppet and Shadow Show Troupe is one of the twelve major troupes that founded UNIMA China in 2002.