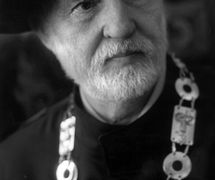 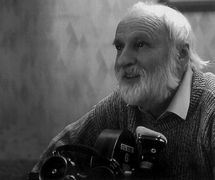 Czech visual artist, director, and scriptwriter of animated films (see Animation and  Cinema). Jan Švankmajer studied at the Academy of Arts, Architecture and Design (1950-1954) and from 1954 to 1958 he specialized in set design and directing in puppet theatre at the Department of Puppetry at the Academy of Performing Arts (DAMU – Divadelní fakulta Akademie múzických umění) in Prague. In the 1960s, he collaborated with the Prague Semafor Theatre on the production Škrobené hlavy (Starched Heads, 1960). Consequently, his animated films are deeply influenced by visual art and puppet theatre. Due to the fact that he has never studied film or its techniques Švankmajer produces highly creative and original designs primarily related to cinematic art.

During the time he collaborated with Laterna Magika he tried filming and various special effects, which he then utilized in his first film, Poslední trik pana Schwarcewalldea a pana Edgara (The Last Trick of Mr Schwarcewallde and Mr Edgar, 1964). This was followed by two films strongly influenced by Czech folk puppet theatre traditions: Rakvičkárna (Punch and Judy, 1966), with glove puppets; and Don Šajn (Don Juan, 1970), an animated film based on texts and the theatrical style of traditional Czech marionettists and shot in the baroque theatre of the Český Krumlov Castle.

Jan Švankmajer’s creative work with film and visual art is closely associated with the activities of the Czechoslovak Surrealist Group. In 2004, Švankmajer and his wife Eva presented his work at a major exhibition in the Prague Castle where he was given the title of Doctor Honoris Causa from the Academy of Performing Arts, the first such honour ever given to a puppeteer.