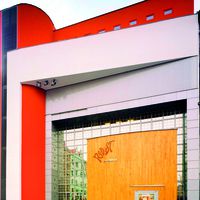 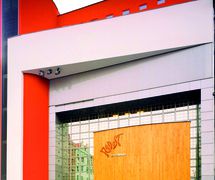 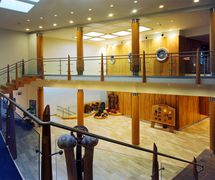 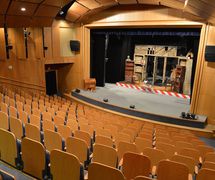 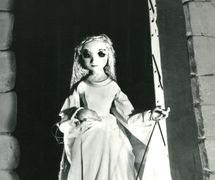 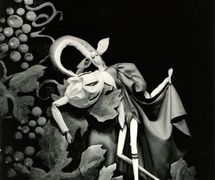 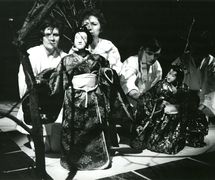 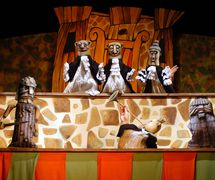 Czech puppet theatre established in Brno in 1945. The amateur director Vladimír Matoušek was appointed director, and the theatre was nationalized in 1949. In its first years, the style of the Loutkové divadlo Radost was influenced by director Josef Kaláb who, in collaboration with visual artists Jarmila Majerová and Karel Hlavatý, created a number of poetic productions, including the celebrated Zlatovláska (Goldilock, 1953) and Tajemství zlatého klíčku (The Secret of the Golden Key, 1955). From 1956 to 1959, the theatre toured to Vietnam, Mongolia, India, Indonesia, and Egypt. In the 1960s, the theatre underwent a change of style with director Jiří Jaroš, who emphasized the non-verbal aspects of a performance and researched new puppetry techniques, such as black light theatre, masks, mixing puppets and actors. Jaroš’s Láska ke třem pomerančům (The Love for Three Oranges), based on Carlo Gozzi’s play, was the hallmark performance of this period.

Since the 1970s, the Loutkové divadlo Radost has also addressed adult audiences with works such as Slepci (The Blind, 1971) by Michel de Ghelderode, Dvojník (The Double, 1971) by Friedrich Dürrenmatt, directed by Pavel Vašíček, and Peer Gynt (1985) of Henrik Ibsen, directed by Petr Karcik, a production that expressed questions of essential human values in the form of parables.

In contrast to the dramaturgy for adults stands the repertoire of performances for pre-school audiences that consists mainly of sequences of poetry and songs, such as Prosím, nakresli mi beránka (Please, Draw a Little Lamb for Me, 1975), based on Le Petit Prince (The Little Prince) of Antoine de Saint-Exupéry, as well as plays for all ages.

Since 1994, Vlastimil Peška runs the company. Notable among the latter works, which blend the principles of dramatic theatre and music in a collective work of all the actors, are Málinka, bobr a král na střeše (Amelie, the Beaver and the King on the Roof, 2002), written by Tankred Dorst, and Princezna Silvestrie (Princess Silvestrie, 2004).