Libčany near Hradec Králové, Kingdom of Bohemia in Austrian Empire (1775) 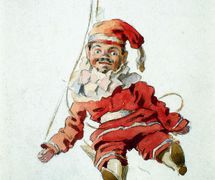 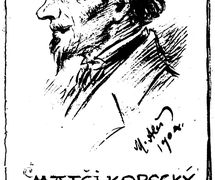 Czech itinerant puppeteer, a legendary figure of Czech puppet theatre. The son of a showman, Matěj Kopecký travelled all his life across the Bohemian countryside where he had the unique opportunity to know the puppeteers of the period, learning the craft from them. He obtained his first puppet theatre licence in 1797, but was soon drafted into the Austrian army to fight in the Napoleonic Wars. When he was discharged, he tried to make a living as a shopkeeper, a road mender, and a night watchman. In 1818, he returned to puppetry and devoted himself to the profession until his death.

His puppet theatre activities coincided with the peak development of the Czech national revival. He followed the baroque trends still in existence at that time, adapting them to his own style. He had a large audience following who, without much knowledge of the theatre, was able to understand the ideas of the Enlightenment and the patriotic allusions. He became even more popular after his death due to the publication, in 1862, of his repertoire (repertory) collected by his son Václav and of the drawings of the Czech painter Mikoláš Aleš, who made his fictional portrait.