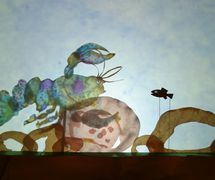 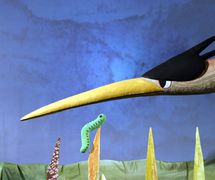 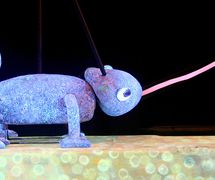 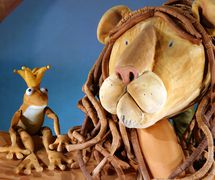 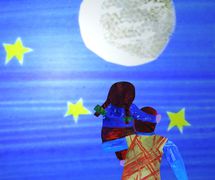 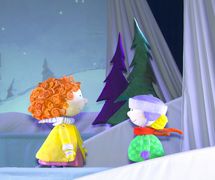 Mermaid Theatre has been touring its unique brand of storytelling throughout Canada, the United States, Mexico, the Netherlands, Great Britain, South East Asia and Australia. In an average year, Mermaid Theatre performances are seen by 200,000 spectators. The company often presents work by Canadian authors, frequently on Canadian subjects. Another company specialty is fine theatrical visualizations of classic and modern children’s literature and illustration, which appeal to educators, parents, and very young audiences.

Mermaid’s early focus was to present material about the indigenous cultures of Canada. The Trickster (1978) was inspired by Native American Micmac tales; it was performed at the 1980 UNIMA 13th World Puppetry Festival in Washington, DC. After The Navigator (1980), performers’ hoods were removed and the relationship between puppet and puppeteer changed dramatically with humans and puppets interacting within the same world. The company earned five UNIMA-USA Citations of Excellence for shows, including Just So Stories (1986) and Peter and the Wolf (1989). In 1987, Mermaid moved to Windsor, Nova Scotia, and there are now plans for a permanent home. Jim Morrow (b.1956), originally from Newfoundland, joined the company in 1978 and became Artistic Director in 1991.

Mermaid Theatre of Nova Scotia’s productions include When Dinosaurs Dined by Moonlight, Guess How Much I Love You, Noah and the Woolly Mammoth, Puss in Boots, Wee Gillis, The Very Hungry Caterpillar and Other Favorites (Little Cloud, The Mixed-Up Chameleon), and Very Eric Carle.