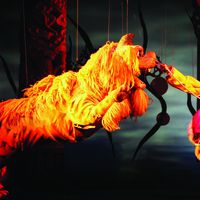 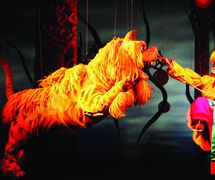 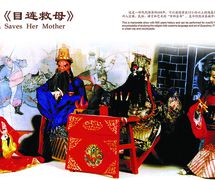 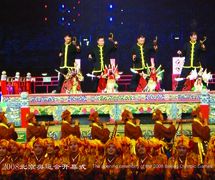 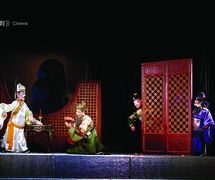 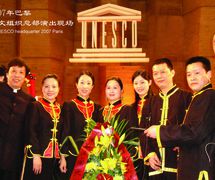 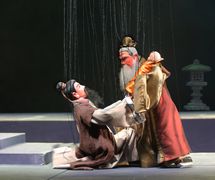 Chinese marionette troupe based in Quanzhou (Fujian Province). Founded in 1952, this troupe of string puppet theatre is the most famous in China. Master Huang Yique (1928-2007) was the foremost artist in the group known for the dexterity of the manipulation and modelling of figures. The skillful artists of the troupe make the figures execute difficult actions and perform multiple acrobatics to the accompaniment of music and singing. The performers can manipulate up to thirty strings (though most figures have fewer). In Fujian, Chinese string marionettes developed into a powerful folk art and diffused from there to the neighbouring province of Taiwan.

The troupe, which employs sixty people, is composed of a traditional puppetry group, a children’s puppetry group, an artistic production studio, and a puppet-making studio. The troupe is regularly invited abroad. The very large repertoire contains classical pieces, such as The Whole Tale of How Chenxiang Saves his Mother and Monkey King, and modern shows, such as Imperial Envoy, an adaptation of Gogol’s Inspector General set in China, which was performed at the 21st UNIMA Congress and World Puppetry Festival held in Chengdu in 2012.

In 2006, the Chinese government designated the Quanzhou Marionette Troupe in the first group of National Intangible Cultural Heritage projects for safeguarding. The troupe gave a special performance in the headquarters of the United Nations in 2005, at the opening ceremony of the Beijing Olympic Games in 2008, and at Carnegie Hall in New York in 2009. It has appeared in over thirty countries and has been welcomed by audiences all over the globe.

The company is one of the twelve troupes that founded UNIMA China in 2002.