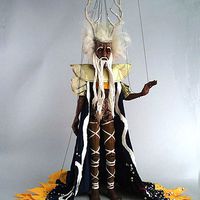 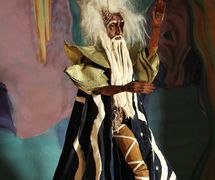 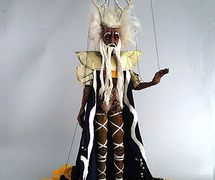 American marionette company founded in 1922 in Detroit by William Ireland Duncan (1902-1978) and Edward Mabley (1906-1986). Early titles of the Tatterman Marionettes included: The King of the Golden River, Androcles and the Lion, The Three Wishes, The Melon Thief, Jack and the Beanstalk, and Aladdin. By 1930, they were established as a major company and they relocated to Cleveland, Ohio. In addition to producing nationally touring marionette shows based on classic stories, the Tattermans also produced highly successful shows advertising various products. They played 1,300 performances at the Century of Progress Exposition in Chicago in 1934. William Shakespeare’s The Taming of the Shrew, Ferdinand, She Stoops to Conquer by Oliver Goldsmith were created side by side with shows that advertised sports wear, household paint, and electrical appliances.

The high point of the Tatterman’s career was a spectacular landmark two-hour production of Peer Gynt (1937) by Henrik Ibsen using forty-four marionettes (string puppets), made by the brothers Roy and Harry Patton, and eight operators.

In 1941, Edward Mabley left the company to pursue a theatre and television career in New York. William Duncan continued performing with his wife, Ruth. He became director of Theatre at Western College in Oxford, Ohio, and retired in 1962.

William Ireland Duncan served as president of Puppeteers of America in 1949 and was the first executive secretary of the organization from 1950 to 1954.