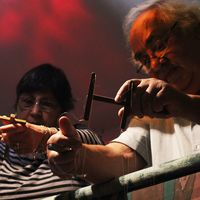 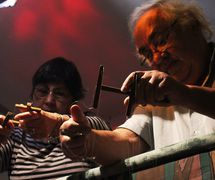 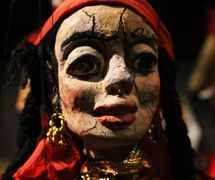 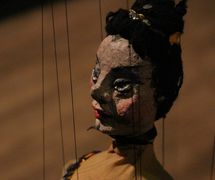 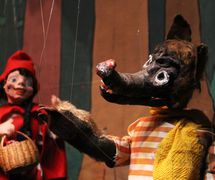 Brazilian children’s puppet theatre founded in 1954 in Porto Alegre. TIM, the oldest puppet company in Brazil, has seen uninterrupted activity since its creation which began with the classroom experience of Odila Cardoso de Sena, art teacher at the Duque de Caxias, a secondary school in Porto Alegre. She began by teaching the making of string puppets, after which she mounted several short plays. Encouraged by their success, she communicated her interest in puppetry to her circle of family and friends, and began staging performances for family parties and get-togethers. The first core group of what would become TIM was made up of people close to her, among them her son Antonio Carlos Sena, who is the current director of the company.

The head of the puppets was made of plywood and flour paste, while the limbs were made of iron wire, cotton and cloth. The eighty puppets that Odila Sena created between 1954 and 1961 are still being used today by TIM.

This theatre company turned professional in 1958 when Antonio Carlos Sena, along with three friends, presented their puppets on a television show in São Paolo. In 1960, the company bagged a contract with TV Piratini, Canal 5, a newly created television channel in Porto Alegre. Their contract was to air a weekly puppet show for which Odila Sena created new characters. This enriching and diversified experience allowed the company to perfect their dramatic techniques and to also continue with their live theatre work at the same time.