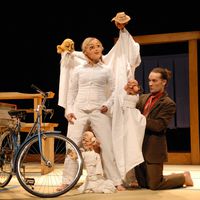 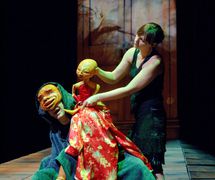 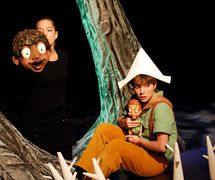 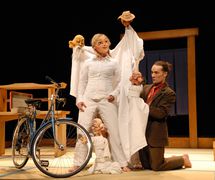 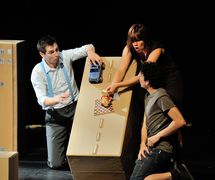 Canadian company founded in 1976 in Montreal. Théâtre de l’Avant-Pays was born from a meeting between puppeteers and actors wishing to share their experiences and, through their performances, to examine the specific characteristics of the puppet. Such an investigation has resulted in a range of different aesthetic choices and a variety of approaches to staging. The company develops its own puppet theatre dramaturgy and scenography, tailoring both to the multiple possibilities of the puppetry medium, which also examines the interaction and play of the puppet in relation with the actor’s performance. For example, Impertinence (1986) is a reflection on the connections that link the actor and the puppet. Each of the company’s productions includes laboratory research and experimentation.

Also concerned with popularizing the medium of puppetry, the company has organized several exhibitions, including “Les Marottes de Charlotte, des marionnettes au théâtre” (The Marottes of Charlotte, Puppets at the Theatre), held at the Musée de la Civilisation (Museum of Civilization) in Quebec City in 1995 and in Lyon, France, in 1996.

The Théâtre de l’Avant-Pays has performed in France, Belgium, Germany and the United States.