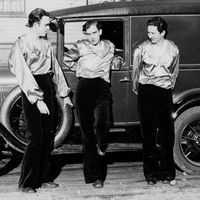 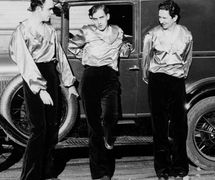 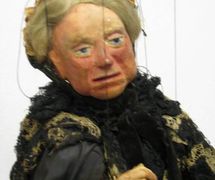 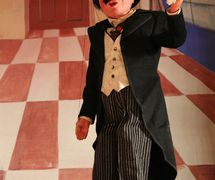 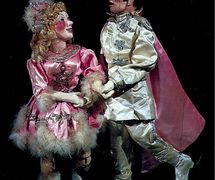 Cousins Harry Burnett and Forman Brown were in college in Michigan when they were inspired by Tony Sarg and his marionettes in 1919. Their first performances were in 1923. They attended Yale University, where they met Richard Brandon, and after 1927 the three performed as the Yale Puppeteers. Harry Burnett was the puppet builder (he built marionette caricatures of celebrities such as Albert Einstein, Martha Graham and Helen Hayes all of whom splendidly posed for photos with their alter egos when they attended the theatre). Forman Brown wrote the witty texts, lyrics and music, and Richard Brandon was the company manager. All three performed.

In 1932 and 1933, the company tried to establish itself in New York City doing two elaborate shows with sets for Bluebeard and Hansel and Gretel designed by Norman Bell Geddes. They returned to Hollywood in 1933 to build two hundred puppets for the film I Am Suzanne directed by Rowland V. Lee.

From 1936 to 1938 they played in nightclubs in New York and toured nationally. In July 1942, the Yale Puppeteers opened the 174-seat Turnabout Theatre in Los Angeles. The theatre had a marionette stage at one end of the room. When audiences returned from the intermission, the seats were reversed to face a cabaret stage at the other end of the room that featured live actors including actress, singer, comedienne, Elsa Lanchester. Works included Gullible’s Travels (a classic play on words on Gulliver and “gullible”, or “dupe”, “pigeon”), It’s a Small World, The Pie-Eyed Piper (another play on words with the Pied Piper), Tom and Jerry. The theatre closed in 1956 after 4,535 performances. There were occasional shows in the 1960s.

Forman Brown wrote lyrics for four Broadway musicals, and over fifty songs for Elsa Lanchester. He is the author of Small Wonder (1980), an augmented version of Punch’s Progress (1936), and a novel, A Better Angel, under the name Richard Meeker. Plays are published under the title The Pie-Eyed Piper and Other Impertinent Plays for Puppets (1933).