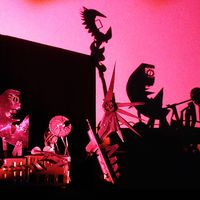 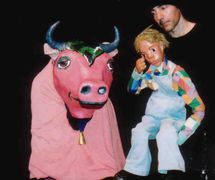 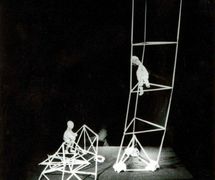 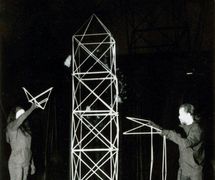 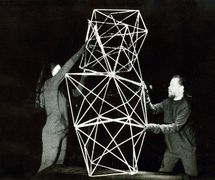 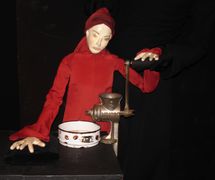 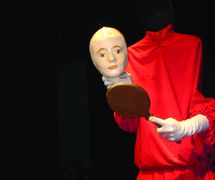 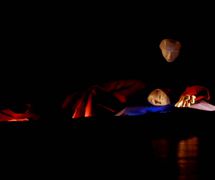 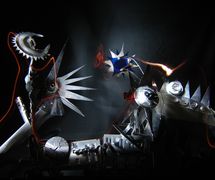 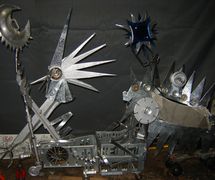 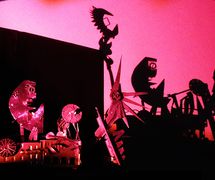 Brazilian puppeteer, professor, researcher. Originally a librarian and a poet, Ana María Amaral, native of São Paulo, lived in New York (1959-1974) where she discovered Bread and Puppet Theater. Her relationship that developed with this pioneering, avant-garde American company stimulated her own work as a puppeteer. She established a workshop and staged Lollipop, Beyond Outer Space for children. She created the first version of Palomares, a powerful show for adults concerning atomic pollution by an American bomb accidentally dropped in Spain.

Returning to Brazil in 1975, Amaral started her career as a playwright and director. She created the company O Casulo – BonecObjeto (The Cocoon – Puppet/Object) dedicated to research into new scenic expressions and the work of actors with objects, images, puppets and masks. Productions written and directed by her include: Fantoches e Fantolixos (Puppets and Fantolixos, an invented compound word meaning discarded/garbage objects, 1972-1976); a new version of Palomares (1978); a children’s show Zé da Vaca (Johnny of the Cow, 1985); A Coisa (The Thing, 1989); Babel, Formas e Transformações (Babel, Forms and Transformations, 1991); Dicotomias (Dichotomies, 2003), visual theatre for an adult audience; and a revised version of Zé da Vaca (2004).

O Casulo has received many awards for its productions including the first prize for artistic creation at the Prague World Festival of Puppet Theatre in 2008. The company has toured extensively in Brazil and abroad.

O Casulo’s most recent research production called Os Protágonas (an invented word parodying “protagonists”, 2012-2013) was the result of a two-year workshop. The company presented it at several universities where they have puppet or visual theatre disciplines in three different Brazilian states.

Ana María Amaral simultaneously pursued an academic career at the School of Communications and Arts – Escola de Comunicações e Artes (ECA) – at the University of São Paulo, for the first time introducing the theatre of animation as a regular discipline in a university theatre department. This led to her research on the puppet theatre in São Paulo (1983), culminating in her thesis on the theatre of animated forms (1989). As a professor of post-graduate studies, she established ECA as an institution of reference in the field for the whole country, preparing doctoral students in this theatre area.

She published the following: Teatro de Formas Animadas (Theatre of Animated Forms, 1991), O Teatro Bonecos no Brasil (The Theatre of Puppets in Brazil, 1994), Teatro de Animação (Theatre of Animation, 1997), and O Ator e seus Duplos (The Actor and His Doubles, 2002). The publishers have printed three or more editions of each.

Ana María Amaral is recognized as a pioneer who introduced the theatre of animation in the training of the actor in Brazil. Between 1980 and 1984, she participated in the Executive Committee of the Union Internationale de la Marionnette (UNIMA) as a representative of Latin America, for several years she was a member of UNIMA’s Publication Commission and currently serves on the Research Commission of that organization. She participated as editor for Latin America in the planning stages of WEPA (World Encyclopedia of Puppetry Arts).