Written by
Center for Puppetry Arts (2016)

Record in the UNIMA directory 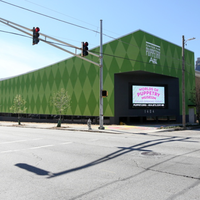 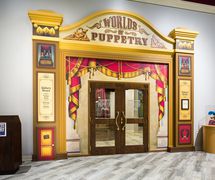 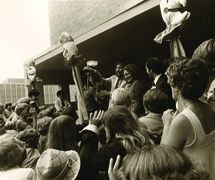 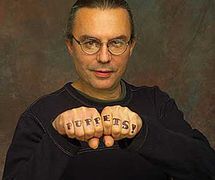 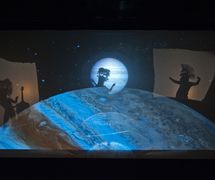 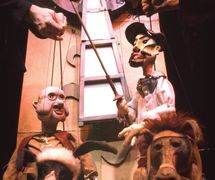 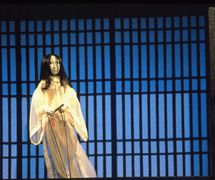 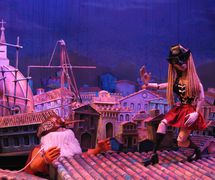 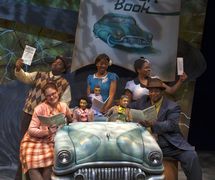 American puppetry institution. Founded in 1978 in Atlanta, Georgia, by Vincent Anthony, the Center for Puppetry Arts is the largest nonprofit in North America dedicated to the art of puppetry. Today, the award-winning Center features performance spaces, educational workshops and classes, Distance Learning programming, the Nancy Lohman Staub Puppetry Research Library, and the Worlds of Puppetry Museum with galleries featuring the Jim Henson Collection and the Global Collection. Throughout the years, the Center for Puppetry Arts has been a leading voice in the field of puppetry arts, and has hosted numerous conferences and festivals. It is also the headquarters of UNIMA-USA.

The Center’s two theatre spaces present over 600 fully staged puppetry performances per year including a Family Series, the New Direction Series for Adults & Teens, experimental works, and a film series. In addition to the Center’s own award-winning shows, it regularly hosts guest performances by artists from all over the USA and the world.

The Center for Puppetry Arts’ museum collection was established in 1978 with a major donation of puppets from Nancy Lohman Staub. Over the past 37 years, the Center’s museum collection has grown to include more than 3,600 puppets and 1,000 posters of historical and cultural significance. Truly international in scope, the Center’s collection contains objects from North and South America, Europe, Africa, and Asia. In addition to geographic diversity, the Center’s collection contains puppets of historical, cultural, religious, sociopolitical, and artistic significance.

In 2007, the Jim Henson Family selected the Center as the home for the bulk of their collection of puppets, props, and costumes from Henson’s career, including many iconic pieces from well-known productions such as Sesame Street, The Muppet Show, The Dark Crystal, Labyrinth, and Fraggle Rock. This donation spurred a capital campaign, Believe in Make Believe, which raised over 14 million dollars to support the building of a new museum facility at the Center. Entitled Worlds of Puppetry, the new museum opened in 2015 and features the Global Collection and the Jim Henson Collection in separate galleries. In addition to Worlds of Puppetry, the museum continues to produce rotating special exhibits that feature both the works of Jim Henson and pieces from their international collection.

The Center’s education department offers robust and diverse educational programming including daily workshops for children and adults, as well as outreach and Distance Learning programs. Create-A-Puppet Workshops offer visitors the opportunity to build and decorate a puppet that is inspired by the style of puppetry in or characters from the Family Series production being presented. The Explore Puppetry Series offers adults almost a dozen professional development workshops, while the brand-new Junior Explorers Series, offers workshops for kids ages 9-12, and is anchored by the ever-popular Puppet Camp. The Center’s award-winning Distance Learning program provides live, interactive videoconference programs and performances allowing school groups and puppet lovers across the globe to experience the fun of the Center from any location.