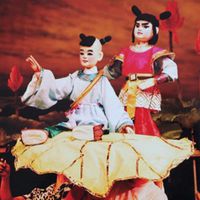 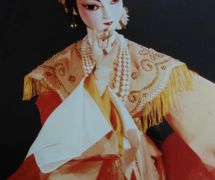 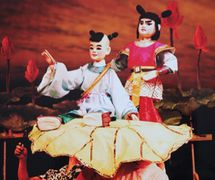 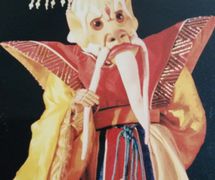 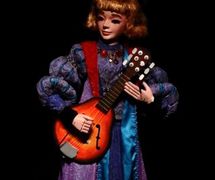 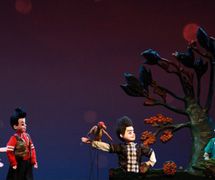 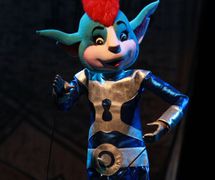 Chinese puppet and shadow theatre company based in Chengdu, Sichuan Province. Founded in 1957 through the gathering together of a number of local traditional private marionette and shadow puppet troupes, Chengdu Puppet and Shadow Show Troupe was created in the capital of Sichuan province, and has been the most important government-sponsored company in south-western China. The troupe specializes in rod puppets, and augments it with shadow theatre and glove puppetry. Their style is based on that perfected by the master manipulator, Yaoguang, whose technique was admired by the Russian Sergei Obraztsov.

Rod puppetry in Chengdu consists of three originally different traditions with puppets of varying sizes: the small puppets (also called “Fine puppets or Fine Elbow”) of about 30 centimetres; the middle-sized puppets of between 90 and 100 centimetres; and the large puppets typical of Sichuan usually over 1.6 metres.

The repertoire of the Chengdu Puppet and Shadow Show Troupe includes both traditional performances, such as those about the Monkey King of Journey to the West, like The Monkey King Thrice Borrows the Palm-leaf Fan, and other traditional works, like Chen Xiang Saving his Mother, Ne Zha, Red Earth, Blue Earth, The Maze Executing Immortals, Apsaras, The Wonderful World, and more modern plays such as The Mystery of Sanxing and Jinsha Sites, inspired by the recent archaeological discoveries of two ancient sites in Sichuan.

Sichuan puppetry is influenced by chuanju (Sichuan Opera) in terms of its music, scenery, and special items such as the “face-changing” of masks and “spitting fire”, a specialty of Li Zhengfa, master puppeteer of Sichuan puppetry, as well as “picking and wearing flower”, “spinning handkerchief”, “throwing and catching handkerchief”, “water hair technique”, “drawing out the feather tail”, etc., all of which have contributed to the development of the unique performing style of Sichuan puppetry. Certain of these plays and productions have received national awards and are highly praised by professionals and audiences alike as examples of “authentic and perfect theatre art”.

Currently, the troupe performs not only in its own theatre but also in different cities across China. It also tours to schools with two shows created especially for children. This very successful troupe gives over 300 shows to 300,000 audiences per year. It is an award-winning company and has been invited to Europe (Germany, Belgium, Denmark, the Netherlands, Sweden, and Finland), Asia (Japan, Thailand, Korea, and Singapore), Africa (Zambia, Zimbabwe, Tanzania, Ethiopia, Rwanda, and Kenya) and North America.

In 2002, Chengdu Puppet and Shadow Show Troupe was one of the dozen groups that founded UNIMA China.