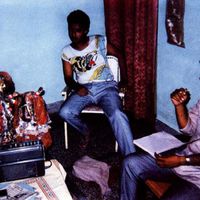 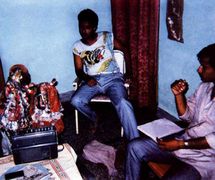 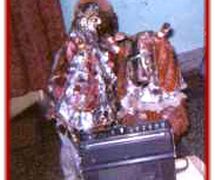 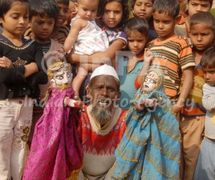 Traditional glove puppet theatre from Uttar Pradesh in north India. These puppets made of papier-mâché, dressed in colourful, shiny clothes and trinkets, are named after the two heroines who are represented in the show: Sitabo, the worn out, overworked spouse; and Gulabo, the scintillating mistress of the same man. The a capella narration, rendered in the spoken-sung style by the puppeteer seated on the floor, constructs a semi-improvised plot which is a mixture of salacious jokes, caustic reflections, laced with local humour, and songs relating to shared incidents and the vicissitudes of daily life. The puppeteer is accompanied by a dholak (drum) and manjira (cymbals).

In the city of Lucknow during festival time a few puppeteers travel from suburb to suburb performing their shows. But this art, which traces its roots back to the 17th century, is on its way to becoming extinct.