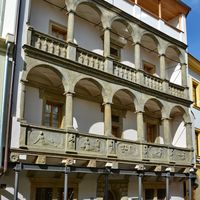 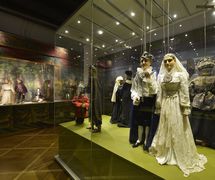 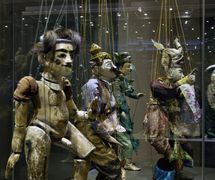 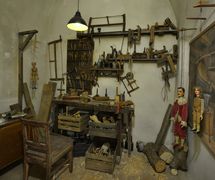 Czech puppetry museum established in 1972 in Chrudim (Eastern Bohemia). The idea of creating a museum in Czechoslovakia goes back to 1929 to the time of the founding of UNIMA in Prague. However, its establishment was acceded in 1969 on the occasion of the 10th UNIMA Congress, the 40th anniversary of the foundation of UNIMA, and the 13th Festival of Amateur Puppetry in Chrudim. Jan Malík, UNIMA General Secretary at the time, was the principal initiator; he requested the building of a puppetry museum in a Renaissance structure called Mydlářovský House in Chrudim. His private collection became the foundation of the museum collection and, based on his initiative, the UNIMA national centres also donated representative puppets from their countries to the museum.

The museum collection includes around 6,000 puppets from more than forty countries with another 60,000 objects (sets/scenery, designs, press cuttings, photographs, manuscripts, posters, works of visual art, etc.) from more than seventy countries. The library has over 13,000 volumes in Czech and foreign languages. The permanent exhibition is devoted to the history of the Czech puppet theatre (Czech touring troupes, their puppets, sets and repertoire, family theatres) and exhibits of foreign puppets. The museum also provides contemporary exhibitions, a playroom for children with two small stages and a variety of puppet types.