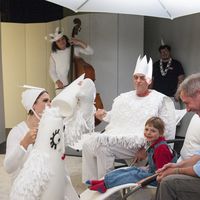 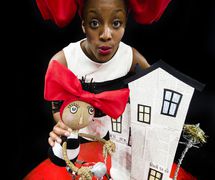 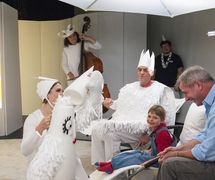 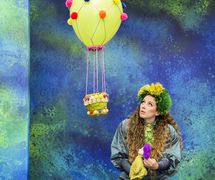 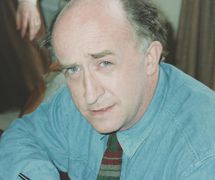 British multimedia company, founded 1981 in London by Tim Webb, Dave Bennett (aka Max Reinhardt), and Amanda Webb (aka Claire de Loon). The company’s motto is: “All sorts of shows for all sorts of kids!” The work is innovative, devised for specific audiences, often the disabled, drawing on a variety of techniques, usually including puppetry. Tim Webb is the artistic director, often the writer, Amanda Webb is the chief designer and maker, and Dave Bennett is the musical director.

The company is particularly noted for theatre for the under-fives, including Hippity Hop (2004), Bun and the Bread Baby (2003), Under Your Hat (2001), and for their productions for young people with profound disabilities performed in informal spaces, such as hydrotherapy pools and inflatable structures, including Conference of the Birds (2004), Moving Pictures (2003), Waving (2001), Dreams and Secrets (2000), and Big Splash (1999). Ideas and narratives are often conveyed through sensory experience and interactive installations. At the core of the work is a non-sexist, genuinely multicultural vision of society and the belief that theatre should be accessible to everyone. The company receives subsidy from many national and local sources.