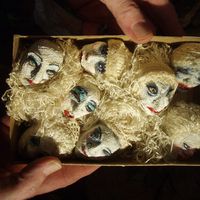 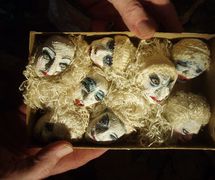 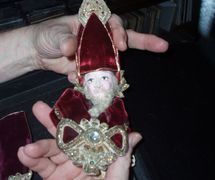 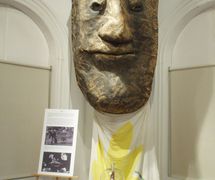 American puppeteer. Robert Anton studied scenic design at Carnegie Mellon University in Pittsburgh which led to his interest in making miniature sets from which emanated a strange and deeply personal atmosphere. From 1969, he peopled his small sets with tiny puppets, which were re-born obsessions from his childhood. His figures were created with exceptional care and refinement.

The Anton Theater was presented across the United States, particularly at the Lenox Arts Center of Los Angeles and, in 1970, in Pittsburgh where he created a show about the Seven Deadly Sins. Most of the performances in the United States were produced at his home in New York, where he settled in 1971. He used parts of his daily environment for settings. He performed in Europe at the Teatro Argentina in Rome, at the Theater der Welt Festival in Cologne, and at the Mickery Theater in Amsterdam. In 1975, Anton represented the United States at the Nancy Festival in France, and, in 1976, he performed in the dungeon of the Vincennes castle for the Festival d’automne (Fall Festival) in Paris.

The puppets of Robert Anton had heads (often porcelain) the size of a thumb and hands like a fingernail. Anton said they were creating their own stories for each performance. With the skill of a meticulous surgeon, Anton, a solo performer, presented his poems of rumours and murmurs. Only fifteen people could be present at a performance. The audience was prepared for long waits in the dark, patient with the certainty that Anton was playing something that for him was a matter of life and death. European arts funding supported the work of this non-commercial artist. Physically weakened by a long illness, Robert Anton committed suicide in 1984.