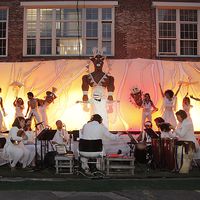 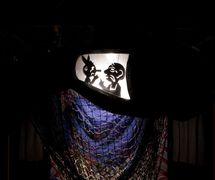 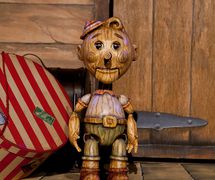 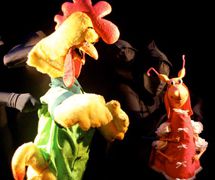 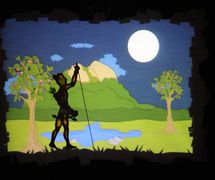 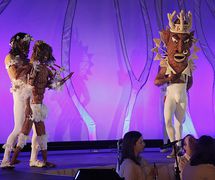 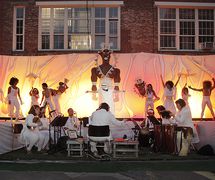 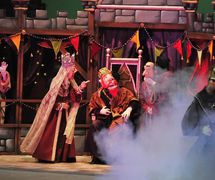 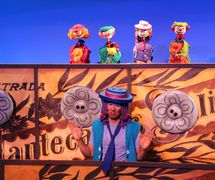 In January 1985, the International Year of Youth, a theatre company, Producciones Fantasía, Inc., was created in Puerto Rico. This non-profit organization was founded in the desire of a group of young people to promote performing arts and showcase the talents of young playwrights, actors, directors and designers. In 1991, the board of directors decided to take a recess to study, revise and reorganize the company. At the same time some of its members used the time to pursue advanced studies in the field of arts-in-education. Manuel Morán, founder and artistic director of the company, moved to New York City to continue his studies in the field of educational theatre at New York University. He received a Master’s Degree and PhD with the intention of bringing innovative techniques of education through the arts to Puerto Rico and Latin America.

While in New York, Morán learned of the hardships confronting the Hispanic community in the United States and the lack of effective educational and cultural programmes for this community. He began seeking ways to expand programming particularly in those cities with large concentrations of Hispanics. With this newly inspired mission, SEA was born. The Spanish word “sea” comes from the verb “ser” (“to be”). Therefore, “Sea” is an invitation “to be”. SEA’s purpose is to invite individuals “to be” – to boost self-esteem and cultural awareness – and to instill the notion that they are and can be much more. The organization, first established by Morán in Puerto Rico, began operating in New York in 1993. From 1999 to 2009, the company’s main stage was the 50-seat Los Kabayitos Puppet Theater.

SEA has received numerous accolades for outstanding service, dedication and quality programming. SEA has been commissioned to perform for New York’s governor, the mayor, and borough president, among others. SEA was voted one of the “10 Best Latino Theatre Companies in New York” and has won various ACE Awards and HOLA Awards for Best Musical Production.

SEA has revived the tradition of Spanish-language children’s theatre in New York City, a tradition that was abandoned for nearly 20 years. Through its Tour of Children’s Theatre in Spanish, SEA has toured rural, urban and metropolitan area schools, community centres, hospitals, parks and other outdoor venues, offering a repertory of children’s classics, folktales and contemporary stories that introduce and preserve Latin American arts and culture. Since opening its New York City branch, SEA has built a repertory of 18 shows and has performed over 200 times a year, reaching thousands of children, young adults and seniors. SEA has also been instrumental in the introduction and education of non-Spanish-speaking audiences to Latino arts and culture. In addition, SEA has expanded its bilingual (simultaneous Spanish and English) repertory.

The organization, established by Dr. Manuel A. Morán, currently has offices in San Juan (Puerto Rico), New York, and Florida. To commemorate its 25th anniversary, the company recently opened a brand new state-of-the-art performance space at the Clemente Soto Vélez Cultural and Educational Center on Manhattan’s Lower East Side. New York’s only Latino children’s theatre (in fact, the only Latino children’s theatre in the United States), Teatro SEA offers a year-round calendar of general audiences’ performances and special school performances.