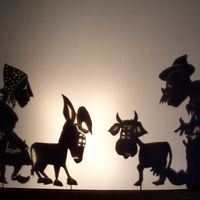 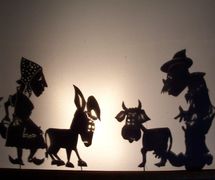 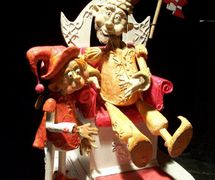 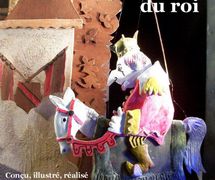 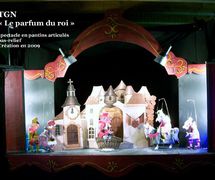 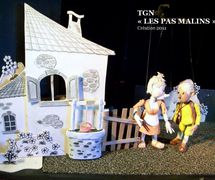 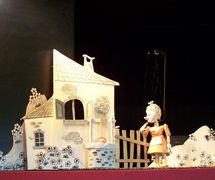 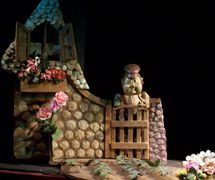 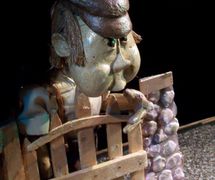 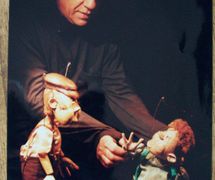 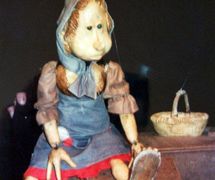 Belgian company. Based in Perwez (Walloon Brabant), Théâtre des Gros Nez was created in 1974 by Marcel Orban (b.1938 in Lierneux). Orban first worked in television (more than four hundred episodes of Bonhommet et Tilapin) and up until 1970 was a puppeteer at the Toone theatre. A passionate technician and builder, he creates silhouettes, shadows, rod marionettes, as well as string and rod puppets. He has also built many puppets for other companies, including for Créa-Théâtre. He founded his own theatre, Théâtre des Gros Nez (Theatre of the Big Noses), for rod puppets. His shows, intended primarily for young school children, are performed in a small mobile room/travelling theatre, a kind of interior big top.

Marcel Orban, storyteller, returned to shadow theatre for several years before turning to his present day productions of tabletop puppetry. He developed a type of “stand-up” puppet manipulated in full view. About 50 centimetres tall, they can be left to rest in various positions due to interlocking joints and a clever balancing system that lowers their centre of gravity. Marcel Orban works alone, giving different voices to each character. He is both a performer and characters in his plays. His current repertoire has turned from comedy to fantasy and magic.