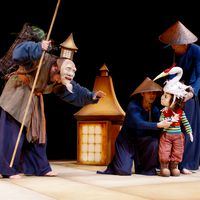 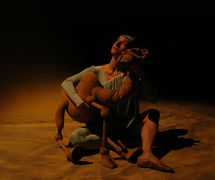 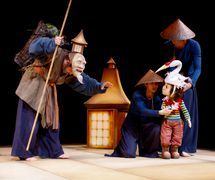 Company founded in 1974 in Alma, Lac Saint-Jean, a region of the Province of Quebec in Canada. The company’s mission is to promote the art of puppetry through research, experimentation and the creation of shows for young audiences.

Since its creation, the Théâtre Les Amis de Chiffon (TAC) has produced thirty-two shows that have toured throughout Quebec and Canada. Three of the company’s most notable productions are Carton Rouge sur Carré Vert (Red Card on Green Square) by Pascale Rafie, directed by Marc André Roy; Une Histoire dont le héros est un chameau et dont le sujet est la vie (A Story Whose Hero is a Camel and Whose Subject is Life) by Jean-Roch Gaudreault, directed by Marthe Adam; and Rosepine by Daniel Danis, directed by Marthe Adam.

The Théâtre Les Amis de Chiffon is distinguished by its interdisciplinary approach to productions for young audiences. The artistic director of the company, Pauline Tremblay, retired from the theatre in 1994. She was replaced by Jeannot Boudreault, who has organized professional training for regional puppeteers and collaborated with a host of Canadian and international authors and stage directors. The Théâtre Les Amis de Chiffon is a major cultural asset and tremendous representative of Quebec across Canada and abroad.