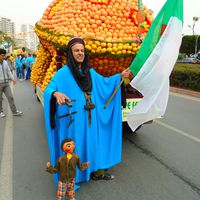 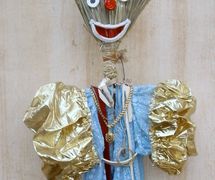 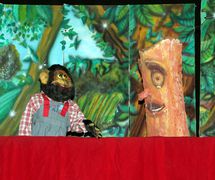 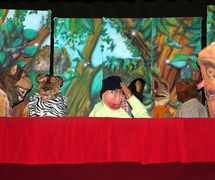 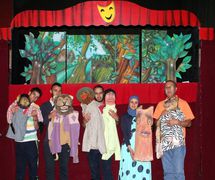 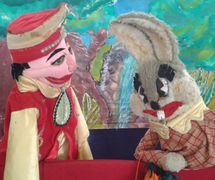 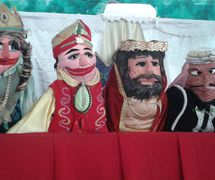 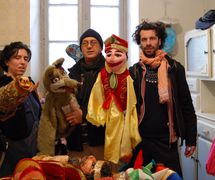 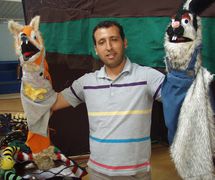 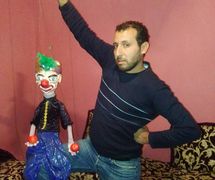 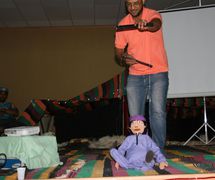 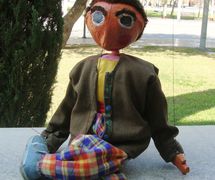 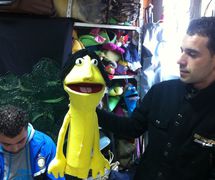 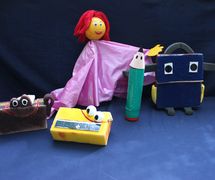 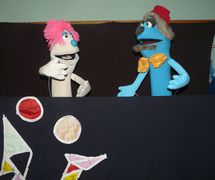 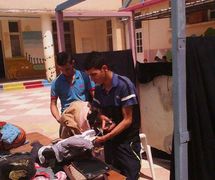 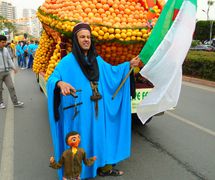 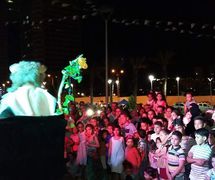 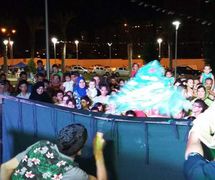 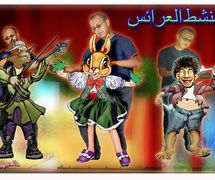 The People’s Democratic Republic of Algeria (Arabic: الجمهورية الجزائرية الديمقراطية الشعبية; Berber: Tagduda Tadzayrit Tugduyant Tagherfant; French: Algérie; République algérienne démocratique et populaire) is a country in North Africa on the Mediterranean coast. It was the home of many prehistoric cultures and has known many empires and dynasties over the millennia.

There is evidence that puppetry existed in Algeria before the 16th century but was combined with other types of performances. Under the Ottoman Empire (1533) shadow theatre is clearly identified. Two characters slowly became more and more prominent: King Urtila, symbol of the Ottoman domination, and Karakoz, inspired by the famous Turkish Karagöz. In Algeria, the term “Karakoz theatre” most of the time refers to puppet theatre in general.

French colonization (1830-1962) made glove puppets popular as Guignol infiltrated Algeria and the country underwent a puppet art “guignolization” to counter the influence of karagöz shadow puppetry on the one hand and that of Renja on the other. Renja was a glove puppet considered a talisman to bring about rain and fertility to women, and was a guiding figure for Algerians. The French hero that the authorities wanted to oppose him to was quickly misappropriated and spectators were presented with small Guignol shows that indirectly stirred up resistance against French presence. The first puppet troupes were simple but fairly well structured and appeared at Constantine (1862), Biskra (1880), in Kabylia, and in the region of Oran.

This period was not favourable for shadow theatre puppetry since French authorities forbade such performances in 1843, after having realized its role in opposing colonization and its impact on public opinion. These shows would so frequently include a scene with a devil wearing French clothing that it became part of the tradition. A Karakoz show would present this character as a revolutionary, who used his enormous phallus as a stick to beat French soldiers. Despite prohibitions, shadow puppetry seemingly survived, as certain Orientalists reportedly witnessed secret performances in private locations.

Puppetry arts have been very affected by the changes that Algeria underwent since its independence in 1962 and have been put into the service of a post-colonial pedagogy. Education has become its principal task. Puppet theatre developed mainly in schools. A very popular television show (El Hadika Sahira also spelled, El Hadiqa Sahira and El Hadika Essahira TV Algeria which means “enchanted forest”) gave the art of puppetry a national base. Due to prioritization, attitude, political and spiritual problems, this art form only started to emerge from its slump in early 2000. A certain renewed interest is due to troupes catering to younger audiences. Almost all of these troupes operate at the amateur level, like the Théâtre Régional d’Oran (Regional Theatre of Oran), the MJ troupe of Béni Saf, the Bordj Bou Arreridj and Chlef troupes, and the company Le Coq. Only the company Aladdin in Sidi-Bel-Abbès – where the Petit Musée de la Marionnette (Little Museum of Puppetry) and the offices of UNIMA in Algeria (UNIMA-Algérie) are located – is a professional troupe. There is only one puppetry festival in Algeria, located in the city of Aïn Temouchent. Many artists strongly believe in the therapeutic aspect of puppets and puppetry workshops for handicapped children are created on a regular basis.