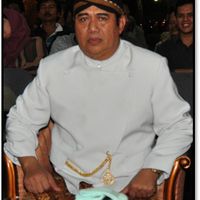 In 1968, Ki Anom Suroto performed for Radio Republik Indonesia and, by 1978, he was given a court name, Mas Ngabehi Lebdocarito by Penewu Anon-anon, showing royal support and acknowledgement. In 1997, Ki Anom Suroto was given the title of Bupati Sepuh (Elder Regent) by the Surakarta Palace with the honorary name Kanjeng Raden Tumenggung (KRT) Lebdonagoro. He has performed all over the world including the United States, Japan, Australia, and many European countries, often sent as part of government cultural missions. He has composed new gamelan (classical Javanese orchestra) pieces and performs, on average, ten times a month. Many of his performances are available on CDs.

Ki Anom Suroto regularly holds workshops and wayang performances in his Surakarta home every malam rebo legen (the eve of the day when Wednesday and legi of the Javanese five-day calendar coincide, which is Ki Anom’s birthday). These events have had wide influence on the moulding of the next generation of puppeteers. He created a dalang‘s co-operative which supplies wayang equipment and operates savings and loans for puppeteers. Ki Anom Suroto has developed Yayasan Sesaji Dalang, a dalang foundation, and was chairman of various activities of PEPADI (Persatuan Padalangan Indonesia, Indonesian Dalang Union).