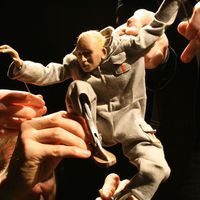 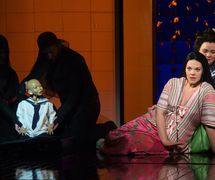 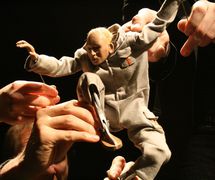 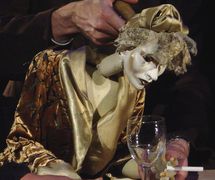 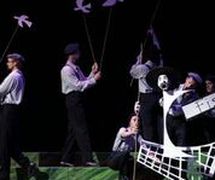 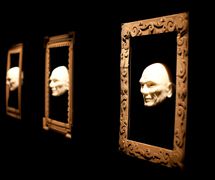 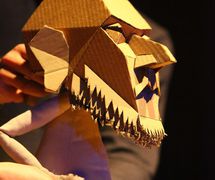 British company founded in 1997 by Nick Barnes and Mark Down, with the aim of making innovatory work for adult audiences. In tandem with a portfolio of their own productions, all written or adapted by themselves, Blind Summit regularly collaborates with opera, dance, theatre and live art companies as consultants, and to provide and/or direct the puppetry element. In addition, the company trains new practitioners in the art form. Blind Summit productions include Mr China’s Son (2002), The Spaceman (2003), Pirate Puppetry (2003), Low Life (2005), 1984 (2009), and The Table (on tour internationally 2011-2012).

Collaborations include Madam Butterfly (2005, revived in 2009, 2011, 2012) with Anthony Minghella for English National Opera, Lithuanian National Opera & Ballet Theatre, and The Metropolitan Opera; Faeries (2008, revived 2010) with Will Tuckett for the Royal Opera House, London; The Time Step (2008) with Linda Marlowe; Masque of the Red Death (2008) with Punchdrunk for BAC (Battersea Arts Centre), London; Black River Falls (2008) with Bob Karper; Running the Silk Road (2008) with Yellow Earth at the Barbican Arts Centre, London; Shunkin (2008, revived 2009, 2010) with Complicite at the Setagaya Theatre, Tokyo and the Barbican, London; His Dark Materials (2008) with Birmingham Rep. and West Yorkshire Playhouse for a national tour; On Emotion (2008) with Mick Gordon at the Soho Theatre; A Dog’s Heart (2010), with composer Sasha Raskatov and De Nederlandse Opera, directed by Simon McBurney, Amsterdam and London; El Gato Con Botas (Puss in Boots, 2010) with Tectonic Theatre and Gotham Opera at the New Victory Theatre in New York; Angus Thongs and Even More Snogging (2012) with Ryan McBride at West Yorkshire Playhouse; and Master and Margarita (2012) with Complicite at the Barbican, London and on an international tour.