Ballard Institute and Museum of Puppetry 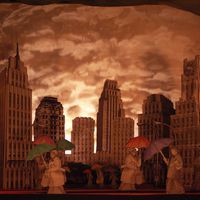 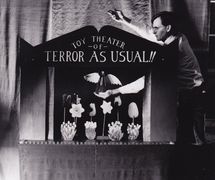 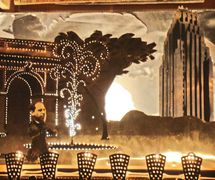 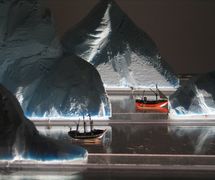 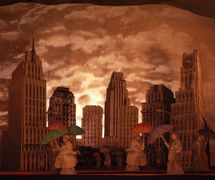 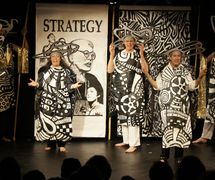 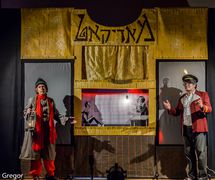 Each of the puppeteers does work independent of their collaborative work in Great Small Works. The members of Great Small Works had frequently worked together in various combinations before 1995. In 1978, veterans of Bread and Puppet Theater and Ninth Street Theater began the Spaghetti Dinner series in New York City, combining puppetry, music, dance, political theatre, film, and a meal of pasta. The dinners provided a place where established and emerging artists could try out new works. These events first took place in a storefront on 9th Street, then moved to Performance Space 122, and, since 2008, have taken place in various venues in New York City including Judson Memorial Church.

In 1991, puppeteers who became the core of Great Small Works began performing The Toy Theater of Terror As Usual with five puppeteers crowded around a tabletop proscenium stage, commenting on social, political and philosophical issues. In 1993, they organized the first of a series of Toy Theater Festivals. Ten festivals from 1993 to 2013 have inspired a revival of the toy theatre form.

Dr John Bell is the Director of the Ballard Institute and Museum of Puppetry at the University of Connecticut. Stephen Kaplin has worked on eight Broadway shows and is currently the co-director (with Kuang-Yu Fong) of Chinese Theatre Works. Dr Mark Sussman is an Associate Professor of Theatre at Concordia University, Montreal. Jenny Romaine is an active director and performer in New York theatre, and a prime cultivator of new Yiddish theatre. Trudi Cohen was a full-time member of Bread and Puppet Theater for ten years, and directs Great Small Works’ International Toy Theatre Festivals. Roberto Rossi worked with Berlin’s Theater Zerbrochene Fenster and the Boston-based Puppeteers Cooperative, and is an architect based in Red Hook, New York.