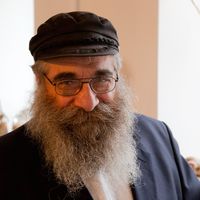 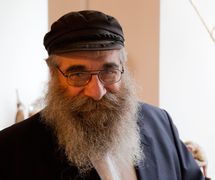 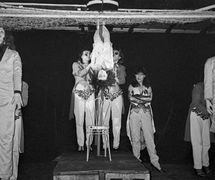 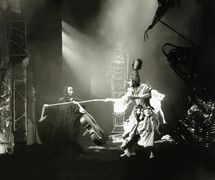 Russian theatre director. From 1965 to 1970, Mikhail Khusid studied at the Pharmaceutical Department of the Lvov Medical Institute (Lviv, Ukraine). From 1970 to 1977, he was a student of the Television Department of the Leningradsky institut teatra, muzyki i kinematographii (Leningrad Institute of Theatre, Music and Cinema; today the Saint Petersburg Theatre Arts Academy).

In 1974, while still a student, he worked as a director of the puppet theatre in Lvov (Ukraine). In 1975, Khusid moved to Russia and became the principal director of the Kurgansky teatr kukol (Kurgan Puppet Theatre). From 1978 to 1990, he headed puppet theatres in Tyumen, Orenburg and Chelyabinsk.

An important influence on Mikhail Khusid’s artistic and aesthetic development was Boris Ponizovsky (see Russia), with whom he worked in Kurgan. Although not a direct disciple of Mikhail Korolev, Khusid’s creative position and viewpoint are congruent with the directors who were students of this famous master whose name is closely connected with the avant-garde trend known as the “Ural Zone” (see Russia, The “Ural Zone”).

Among Mikhail Khusid’s best known productions performed in the puppet theatres of Siberia and the Urals are Robinson (1979, Tyumen), Per Gjunt (Peer Gynt, 1980, Tyumen), Chto bylo posle spaseniya (What Happened After the Rescue, 1983, Orenburg), Ya Phaust (I Am Faust!, 1990, Chelyabinsk).

The most well-known of Mikhail Khusid’s productions of this latter period, in which actor, puppet, the visual arts, video, and music are joined together, are: Volshebnaya fleita (The Magic Flute, 1991), Kukolnaya pustynya (Dolls Desert, 1991), Don Zhuan (Don Juan, 1992), Bobo mertva. Prosti mne Vavilon (Bobo is Dead. Forgive Me, Babylon, 1996).

Since 1976, Mikhail Khusid has taught at various theatre schools in Russia, Switzerland, France and Greece.