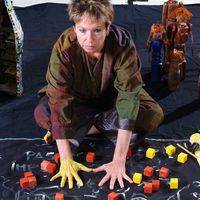 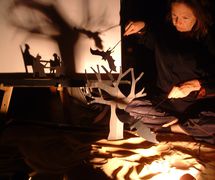 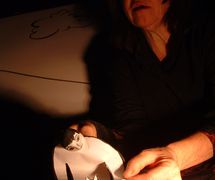 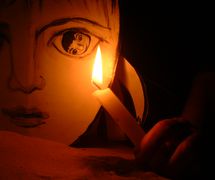 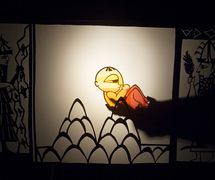 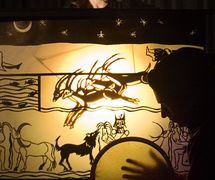 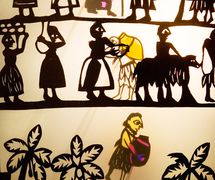 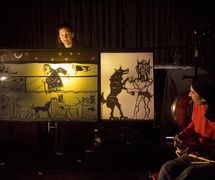 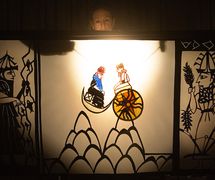 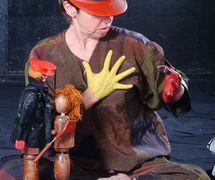 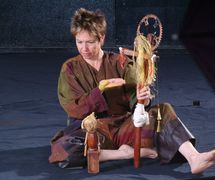 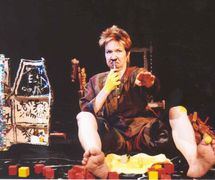 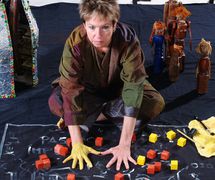 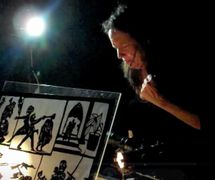 Israeli puppeteer and educator. After involvement (1968-1972) with the early Latin American shadow theatre group, Transparencies, at the Collegium Musicum Buenos Aires, Patricia O’Donovan earned a BA and MS in zoology from the National University of Buenos Aires (1978) and immigrated to Israel the same year due to the political repression in Argentina at the time.

In Jerusalem, she worked with The Train Theater (Teatron Ha Karon) from 1982, graduated from the School of Visual Theatre (1987), earned a PhD in biology at Hebrew University (1989), and then did a post-graduate degree in theatre arts at the University of California at Santa Cruz, United States (1990) where she studied Indonesian wayang golek (which she later introduced in Israel with Hanuman the White Monkey, 1990).

Patricia O’Donovan has taught theatre to children and kindergarten teachers at the Youth Wing of the Israel Museum in Jerusalem since 1983 and pioneered the teaching of science via theatre in the country with work at the Bloomfield Science Museum. She has taught at David Yellin School of Education, Emuna School of Art, Kerem Institute, and other venues nationally and internationally. She did collaborations with the Jerusalem Symphony Orchestra for family concerts from 1995-1999. She has presented at international festivals in France at Charleville-Mézières, Ireland (Dublin Theatre Festival), India (Ishara Festival), and in North and South America. She has represented positive aspects of Israeli culture in Germany and Switzerland and many other countries.  Touch of Light (Nekudat Or, 1994) toured nationally and internationally and, as Louis, l’enfant du nuit, has been presented more than 2,000 times in France alone. The work tells the story of Louis Braille and his invention of writing for the blind and is presented with paper cut-outs, shadows, and a candle as a light source.

Patricia O’Donovan has combined her work in science and as an artist by writing, exhibiting, designing, directing, acting and her puppetry in various shows and exhibits, such as an interactive shadow theatre exhibit at Pesach in 2012. Edison’s Invention Factory (1997) and Electrified Ben (1989) shared Edison and Franklin’s lives and research. Five Steps to the Moon (1991-2007) shared changing views of the universe in science history, while Picnic of the Stars (Picnic me ha Stratim, 2002) explored natural phenomena like earthquakes and hurricane winds. These are among many shows commissioned by and performed at the Bloomfield Science Museum, Jerusalem.

Head in the Clouds (1989), adapted from Eugene Ionesco’s work, is an object theatre piece where whimsy and chance meet. Jan’s Daughter (2002) evokes images of Walter Benjamin’s Angel of Death (an image inspired by a picture of Paul Klee), torah scrolls (made from wooden chair legs) in a Holocaust narrative of a Dutch girl (later a Jerusalem artist), Hannah Yakin, whose friend rejects her because she is Jewish. O’Donovan’s work also deals with intercultural explorations such as Amanili Sings (2009) which used shadow theatre and lullabies from ancient Mesopotamia.

Patricia O’Donovan’s theatre is often simple cut-outs or objects, masks or evocatively designed scrolls which are given metaphysical weight by the texts she devises and stories she weaves with her acting and narration. She creates a unique and personal visual language to show a world where light and shadow intermingle.