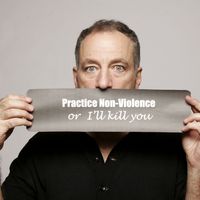 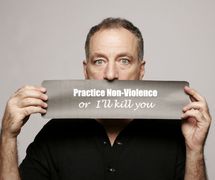 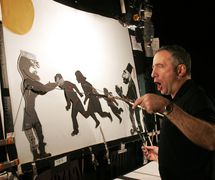 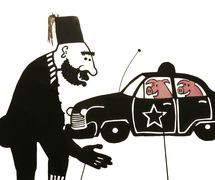 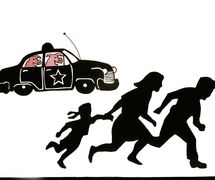 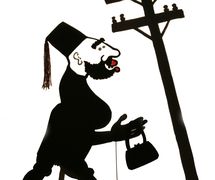 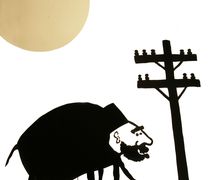 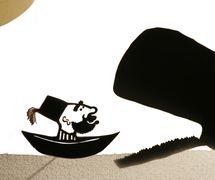 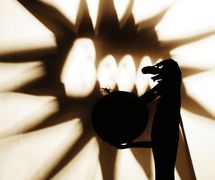 American showman and puppeteer. Paul Zaloom joined the Bread and Puppet Theater in 1971 while a student at Goddard College, and for twenty-seven years served as ringmaster at the annual Bread & Puppet Domestic Resurrection Circus in Vermont. He began his solo performances in 1979 with Fruit of Zaloom, which included a found object theatre piece, “The World of Plastic”. He is commonly thought to have been one of the originators of Object Theatre.

Paul Zaloom received UNIMA-USA Citations of Excellence for Crazy as Zaloom (1983), Trash (1986), My Civilization (1991), and Velvetville (2000). Other awards include a Village Voice Obie, a New York Dance and Performance Award (aka the “Bessie”), an American Theater Wing Design Award, and a Guggenheim Fellowship. His work has been supported by grants from the National Endowment for the Arts, The Jim Henson Foundation, the National Performance Network Creation Fund, and many others.

In 1992, Paul Zaloom became the mad scientist on the cult favourite, Emmy winning, science television programme for children, Beakman’s World (91 episodes, 1992-1996). He also tours live shows based on the TV show, including Beakman on the Brain, which features toy theatre puppetry and ventriloquism. His found object work, Eating in America, was part of Bette Midler’s HBO special, Mondo Beyondo (1988).

Paul Zaloom co-wrote and performed in an official selection at the 2007 Slamdance Film Festival, Dante’s Inferno, based on paintings by artist Sandow Birk. The film is a feature length, toy theatre puppet version of the epic poem, starring Dermot Mulroney and James Cromwell, and is set in a hell that closely resembles Los Angeles.

Designer and puppeteer Lynn Jeffries began collaborating with Zaloom in 2003 as puppet builder and dramaturge for Zaloom’s adaptation of a traditional Karagöz shadow show, The Mother of All Enemies, and they have worked together as artistic partners ever since.

The art of Paul Zaloom features strikingly inventive comedy and biting satire. His fast paced, highly idiosyncratic work utilizes puppets to convey his observations of religious intolerance, the US military, indoor pollution, race relations, hypocrisy (including his own), censorship of the arts, gay assimilation, and other juicy topics.