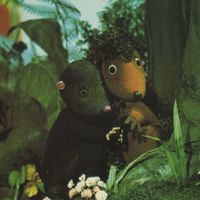 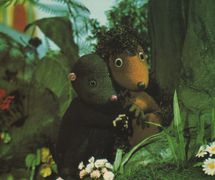 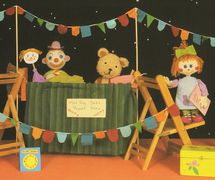 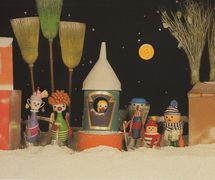 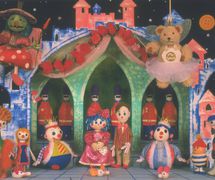 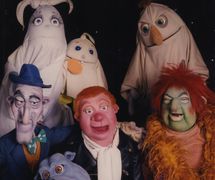 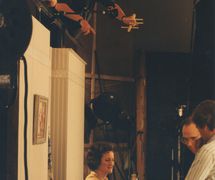 After a modest start playing in libraries and parks, the reputation of the Playboard Puppets grew until they became the recipients of the first Arts Council annual grant for a puppet company. The work consisted of spectacular, high-energy productions on stage and later on television for children. Theatre shows included The Ugly Duckling (1970), Red Riding Hood (rod and glove puppets above a screen, 1971), and Button Moon (large-scale rod puppets and black theatre), the latter based on their own authored television series which was successful enough to run from 1980 to 1988. The satellite TV channel UK Gold repeated 91 episodes of Button Moon between 1993 and 1996.

Other children’s television work included The Spooks of Bottle Bay (1992), Rainbow (1970s) and T-Bag, and, in the 1970s and 80s, the shows for adults including Not the Nine O’Clock News, Spitting Image and Morecambe and Wise.

The company has made and manipulated puppets for many television commercials, and have been guest operators on several feature films, notably those produced by Jim Henson. Since the death of John Thirtle, Ian Allen has run the company, employing puppeteers to make figures for television and the cinema, and running courses in his well-equipped workshops in Norfolk.