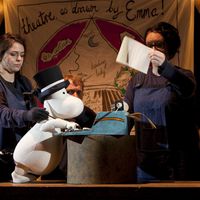 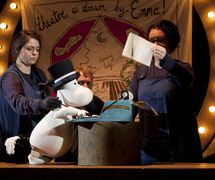 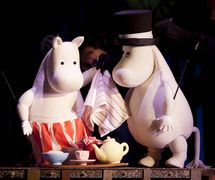 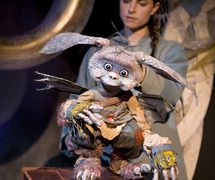 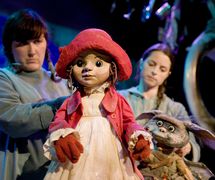 British permanent theatre in Wimbledon, London, dedicated to performance for young audiences. The Polka, founded by Richard and Elizabeth Gill, after eleven years as a touring company employing actors and puppets, the theatre was developed with annual funding from the Arts Council and was officially opened by the Queen Mother on November 20, 1979. It has two performance spaces (a 300-seat auditorium and a 70-seat studio), an Education workshop, café, playground, toyshop and exhibition areas. Vicky Ireland, Artistic Director between 1988 and 2002, was largely responsible for establishing the theatre’s innovative, inclusive and dynamic programme of work which includes shows and projects for children with disabilities, babies and toddlers, and teachers. Annie Wood was Artistic Director from 2002 to 2007, after which Jonathan Lloyd took over and has retained a mixed programme while also expanding the work on offer for very young children from 6 months upwards.

The theatre continues to draw crowds – over 100,000 a year attend its performances and education and outreach programme. In addition the company tours nationally and internationally and welcomes other touring groups from at home and abroad. The work of Polka is supported by Arts Council England and the London Borough of Merton.