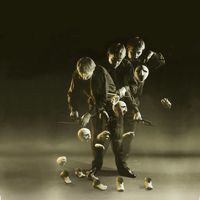 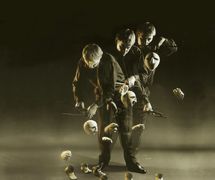 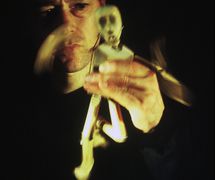 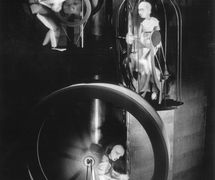 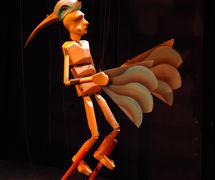 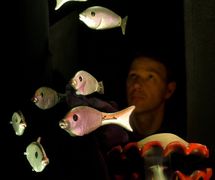 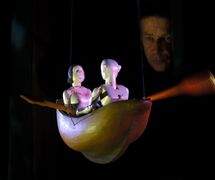 British artist, craftsman and puppeteer. Stephen Mottram, who trained with a marionette (string puppet) company, won an Arts Council/Puppet Centre bursary which allowed him to study mime and movement, and to spend several months with the Hungarian State Puppet Theatre, Állámi Bábszínház. Since 1988 he has been developing a unique theatre language which explores the relationship between original electro-acoustic music and the movement-image. His solo shows in repertory from the 1980s include Animata, In Suspension, The Seed Carriers, which won three international awards, and Organillo.

Stephen Mottram has toured extensively abroad, often under the auspices of the British Council. His projects have received recognition from a number of grant-giving bodies, and his work has been awarded prizes in festivals of theatre and music as well as puppetry. His productions are characterized by an abstract and dreamlike quality in which he displays brilliant manipulation of string marionettes and the integration of delicate automata. His shows are predominantly for adults and explore themes such as genetics, fertility and birth. He has been invited to run workshops and courses in movement and animation in many countries.

For the cinema his work has been featured in The Little Shop of Horrors (Frank Oz, 1986) and Strings (Anders Rønnow Klarlund, 2004); he has also participated in many television programmes in Britain and abroad, including Decameron (1987 and 1990) for Channel 4, Bodytalk (1989) for the BBC.