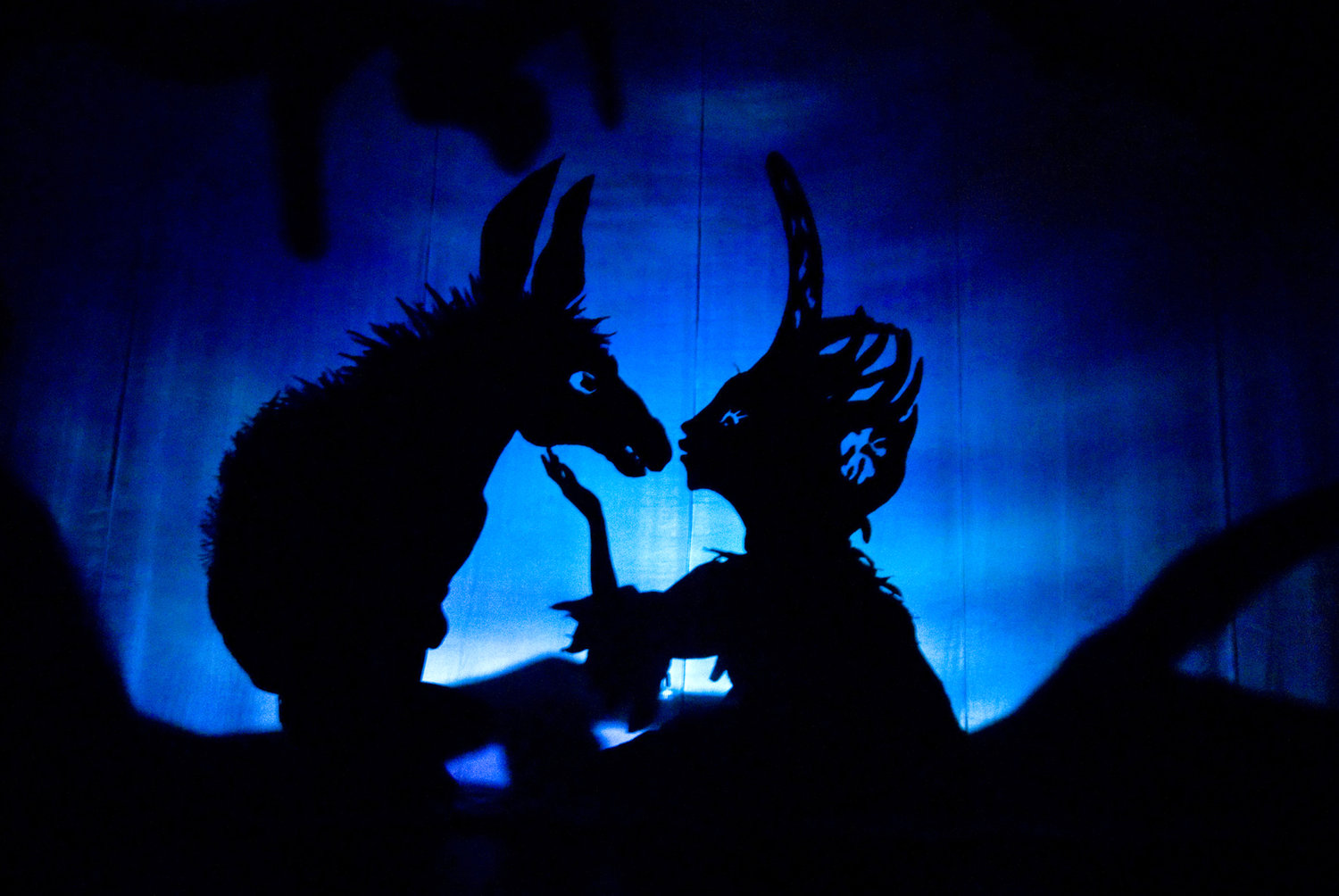 Italian puppet company. Teatro Gioco Vita was created in Turin in 1971 as a group involved in theatre animation. It then moved to Reggio Emilia, and then to Piacenza where, under Diego Maj, it has several theatre spaces: the San Matteo, the Comunale dei Filodrammatici (municipal amateur dramatic theatre) and other spaces for workshops and cultural exchanges. The company is recognized by the Italian government as a Teatro Stabile di Innovazione (permanent theatre for experimental work).

Teatro Gioco Vita, which has always directed its research towards innovation, has found a rich area for experiment and artistic expression in shadow theatre. Following a period of technical exploration, this group has developed a complete expressive language which can bring the image together with a world of fantasy and allusion in a way that only shadows allow. It is for this very reason that many of the Teatro Gioco Vita shows are inspired by the great epics of East and West: Gilgamesh (1982), L’Odissea (The Odyssey, 1983), Orlando Furioso (1991), or by fantastic tales, Il barone di Münchausen (Baron Munchausen, 1978), C’è un ombrello in volo (1992) based on Voyage en parapluie (Journey in an Umbrella) of Jean-Pierre Lescot; Peter tra il qua e il là (Peter Between Here and There) after J.M. Barrie’s Peter Pan (1993); Alice nel paese delle meraviglie (Alice in Wonderland, 1997) by Lewis Carroll; and musical pieces such as Orfeo ed Euridice (Orpheus and Eurydice, 1998) with music by Monteverdi, Gluck, Haydn and Stravinsky, or Igor Stravinsky’s L’uccello di fuoco (The Firebird, 1994) using figures by Enrico Baj. Also to be mentioned are El retablo de Maese Pedro  (Master Peter’s Puppet Show, 2001) by Manuel de Falla, and more recent experimental work such as Miracolo a Milano (Miracle in Milan, 2002), freely based on Cesare Zavattini and Vittorio de Sica’s film.

The extremely individual nature of Teatro Gioco Vita’s work has attracted collaboration at the highest cultural and artistic level with major theatres and opera houses: La Fenice (Venice), La Scala (Milan), The Arena (Verona), the Teatro Regio (Turin), the Piccolo Teatro (Milan), Covent Garden (London), the Institut International de la Marionnette (Charleville-Mézières, France). Among those who have contributed to the expressive richness of the productions of the Teatro Gioco Vita mention must be made of the stage designer and illustrator Lele Luzzati.