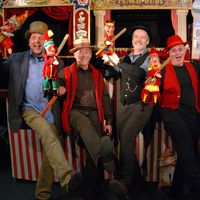 The Punch and Judy College of Professors 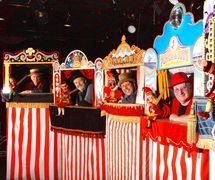 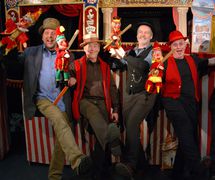 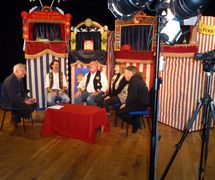 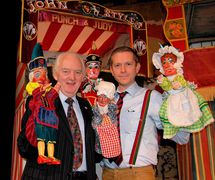 British Association founded in 1985 in the Punch Tavern, London, by a group of Punch “Professors”. The College is a body of established performers whose aim is “the active promotion of Punch and Judy, and the highest standards in performance”. Membership is by invitation and those invited must show a certain level of professionalism.

While its numbers are small (on average twelve), the College has had an impact. It has rebutted media inaccuracies, organized festivals, notably the 325th anniversary of Punch in 1987 organized by Glyn Edwards and Maggie Pinhorn, and the 350th anniversary, The Big Grin Festival, celebrated in 2012 in Covent Garden, directed by Glyn Edwards with associate festival director John Styles. For the former occasion, it published Mr. Punch’s Progress, edited by Glyn Edwards (Norfolk, Monkey Puzzle, 1987). It has produced several papers under the title “The Slapstick Symposium” in 2000.

In 2005, Glyn Edwards and Martin Bridle worked with the playwright Ken Campbell to produce Punch and Judy Episode 2, Attack of the Clowns, a 21st century updating of classic Punch themes. In 2006, a collaboration between the College and Dr Matthew Cohen of the Royal Holloway College, University of London, helped to raise research funding for and to supervise Martin Reeve for his doctoral thesis “Contemporary Punch and Judy in Performance”, completed in 2009.

In 2012, Edwards obtained a grant from the Heritage Lottery Fund for “The Big Grin”, a high-profile series of events to celebrate the 350th anniversary of Punch’s arrival in England. These took place around the country, in partnership with several institutions including the Victoria and Albert Museum.