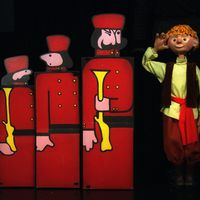 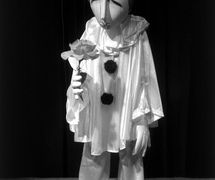 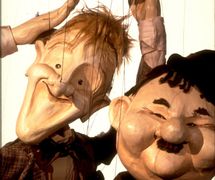 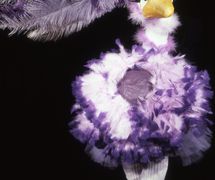 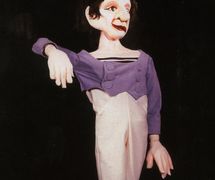 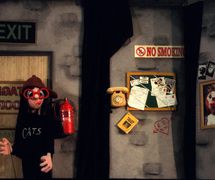 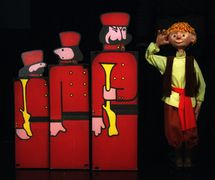 British touring company founded in 1980 in Brighton by Peter Franklin and Steve Lee, and terminated in 2012. From 1971 The Puppeteer’s Company worked with the DaSilva Puppet Company, where they wrote, designed, directed and performed small-scale productions for schools and arts centres. A seminal work was the collaboration with Ray DaSilva and designer Ron Brown on an innovative, open-stage production of Peter and the Wolf featuring different types of puppets. It was invited to play in many countries. This production became part of The Puppeteers’ Company repertoire.

In the early years the company performed marionette (string puppet) cabaret on cruise liners then for many years toured nationally in schools and arts festivals: they have frequently given several hundred shows in a year. The company’s rod puppet production of the ballet Coppelia in 1984 was successful and was followed by a tabletop, rod and shadow production of Oscar Wilde’s The Happy Prince (1986). Included in the repertoire were two non-verbal musical revues, Medley for Strings (1983) for marionettes, and Top Hats & Tales (1993) set in an old theatre and performed with ten different types of rod and hand puppets. St George and the Dragon (revived in 1992) and The Crystal Slipper (1997, a pastiche of the Cinderella story) were both performed with rod puppets within a revolving set.

The company has played in Japan, Hong Kong and Europe. The Puppet Company has produced videos of workshop and performance techniques. Television guest appearances included a BBC Christmas “Special” with Paul Daniels in 1988 and a children’s programme with Richard Stilgoe (Stilgoes On, 1985).