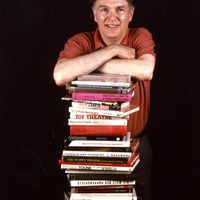 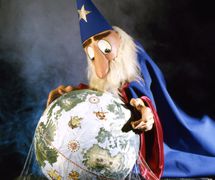 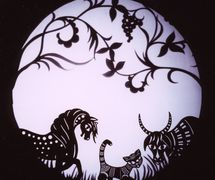 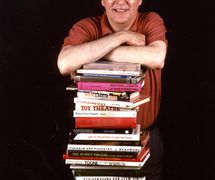 British puppeteer (maker and performer), director, producer, puppet book dealer. The DaSilva Puppet Company was founded in 1962 by Ray and Joan DaSilva Palmer following several years of semi-professional activity in England and Canada. They began by performing around the UK in working men’s clubs, holiday camps and in a portable theatre at Morecambe.

From 1967 to 1978, the DaSilva company made a unique contribution to national puppetry by becoming the largest and most successful unsubsidized puppet company in Britain, DaSilva himself following the English tradition of touring theatrical actor-managers. Three or more teams performed in different locations simultaneously: large venues including a theatre in London’s West End, smaller theatres, arts centres and schools. Each team performed for thirty-five weeks a year and together played to an annual audience of around 250,000. With up to nineteen staff members the company pioneered new technology for performance and created new audiences; it also acted as a training ground for many subsequently successful puppeteers. The large-scale productions featured popular stories including Treasure Island (1971), Pinocchio (1973), Hansel and Gretel (1974), and Alice in Wonderland (1982), all of which involved a variety of types and sizes of puppet and several scenographic styles.

The company toured in Europe, Canada, the United States, Japan, and New Zealand with smaller-scale productions. These included Peter and the Wolf (1971), Paper Tiger, produced in 1978, using Japanese dialogue and innovations in tabletop puppetry techniques, and The Cat that Walked by Himself  (1989).

The company moved from its base in Cambridgeshire to Norwich and oversaw the transformation of a medieval church into the Norwich Puppet Theatre, which opened in 1980.

In 1986, Ray DaSilva left the Norwich Puppet Theatre to focus on a valuable service to the profession, the buying and selling of books, DaSilva Puppet Books, a mail-order enterprise selling new and second-hand publications, with the occasional publication of its own titles. His private library, accessible to researchers, was unequalled. At the time of writing he is in semi-retirement and is selling his books.

Ray DaSilva has always taken an active role in British puppetry organizations: for example, he was a founder member and Vice-Chair of the Puppet Centre Trust, Chair of British UNIMA, and co-founder of Puppeteers East, organizing Puppeteers’ Weekends in Norfolk. DaSilva has organized several auctions in aid of these societies. He also initiated a forum for representatives from all of these which developed into the association Puppeteers UK (PUK) in 1999. In 2003, Ray DaSilva was made a Member of Honour of UNIMA’s international body.