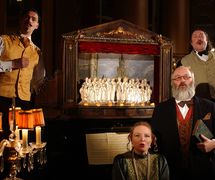 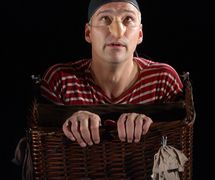 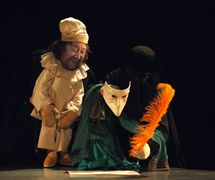 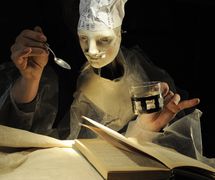 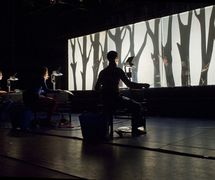 Belgian puppet company. Created in Ghent in 1968 originally under the name of Marionettentheater Taptoe by Luk De Bruyker, who at the time was a fifteen-year old puppet maker. The company was initially amateur, travelling and performing for young audiences. Even though the Taptoe’s repertoire comprised mostly of tales, it did not use the popular character of Pierke and distanced itself from the Ghent tradition. At the beginning of the 1970s, the company experimented overseas in such venues as the Little Angel Theatre in London and the Salzburger Marionettentheater in Austria. In 1973, Freek Neirynck (see Europees Figurentheatercentrum) brought his theatrical experience to Taptoe and became the official playwright of the company, which from then on expanded, abandoning its standard tales for a repertoire of original works created for the theatre.

The troupe put into place an unexpected diversity of new practices by mixing live actors with rod marionettes, glove puppets and rod puppets, marottes, and also shadows, objects, masks and black theatre in surprising stage designs. In the 1978 Hé! Harlekijn, je touwtjes zijn los (Hey, Harlequin! Your Strings are Untied), the puppets freed themselves of both their strings and their classic constraints. The troupe became professional with Freek Neirynck as Artistic Director and Luk De Bruyker as the master actor of all performances for both children and adults. In Thomas zit te dromen in de klas, when Thomas starts daydreaming in class, the entire setting becomes animated as his dream progresses. The little characters in Symforosa begijntje (Beguine Symforosa) are able to move thanks to grooves in the streets and the positions of table props. In Sjoerd zegt FOERT (Sjoerd Says HECK, 1998), we travel on the ocean and in a balloon. Geneviève de Brabant, renamed Genoveva, zoo kuisch zoo pure (Geneviève, So Chaste So Pure), directed by Massimo Schuster with music by Erik Satie, was performed in a bourgeois living room built by the butler of the play.

In 2003, after Skroetsj (Scrooge, from Charles Dickens’ A Christmas Carol), Freek Neirynck, due to health reasons, resigns his post from the most important Flemish community company.

Theater Taptoe was three times appointed cultural ambassador of Flanders and has performed in twenty-six countries.

The theatre ceased operations in May 2010.