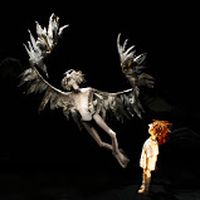 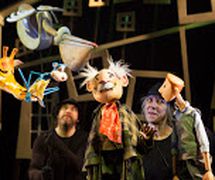 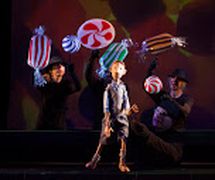 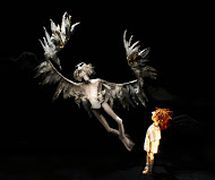 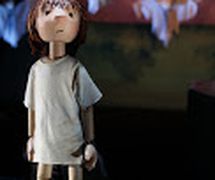 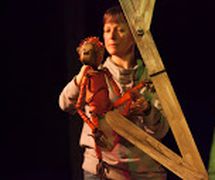 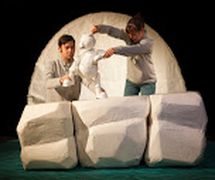 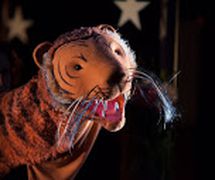 Permanent British puppet theatre founded in 1961 in Islington (London) by John and Lyndie Wright. Initially dedicated to string puppets, the small building has undergone many alterations so as to house larger audiences (150) and to enable many techniques of puppet and other small-scale shows to be presented.

John Wright (1906-1991) studied the fine arts in Cape Town and at London’s Central School of Art and Design. In the 1940s he created a company, the John Wright Marionettes, with which he toured Europe and Africa. Lyndie Wright (née Parker, born 1939) joined the group in 1958. Both performed in the shows.

Under the artistic direction of John Wright (who was awarded an MBE in 1977), the Little Angel Theatre gained a national and international reputation for its finely carved puppets, the atmospheric scenography and the excellent manipulation. Usually string marionettes, the puppets were about 70 centimetres high, their aesthetic often revealing the Wrights’ African heritage. Lyndie Wright designed and built many of the shows: folk and fairy tales, but also opera and orchestral collaborations for larger theatres, and for television. Their puppets appeared in two films: Britannia Mews and Tales of Hoffmann. In spite of the world tours, the company’s centre was always the Little Angel Theatre itself, where year-round weekend and holiday seasons for children and family audiences were rarely interrupted, and which might include companies from abroad. The Wrights have trained generations of puppeteers. Significant productions up to 1991 included The Little Mermaid (1955), Igor Stravinsky’s Soldier’s Tale (1968), Oscar Wilde’s The Fisherman and his Soul (1969) and the Gian Carlo Menotti opera Amahl and the Night Visitors (1970).

After the death of John Wright, Christopher Leith became the artistic director, working closely with Lyndie Wright. The theatre, while continuing to perform its existing repertoire, gradually introduced new ideas, such as live music and speech. New writers and scenographers were invited to collaborate and the company initiated workshop programmes throughout London. Christopher Leith was succeeded for a few years by Loretta Howells, who in turn gave way to Steve Tiplady in January 2004. The latter extended the work of the company into more experimental pathways and adult productions, drawing on artists new to the theatre (for example Animo by the Improbable Theatre company) and introducing audiences new to puppetry, as for Venus and Adonis (2004) produced by the Royal Shakespeare Company. Among the shows of this era were Jabberwocky (2004), The Mouse Queen (2004), Karagöz (2005), Grimaldi (2005) and Fantastic Mr Fox (2005).

The artistic director since 2006 has been Peter Glanville who has also brought innovations to the company’s activities. He has presided over the 50th anniversary of the Little Angel in 2012 when the celebrations included the positioning of a plaque above the theatre entrance to the memory of John Wright commissioned by the people of Islington; a highly praised production of Gabriel García Márquez’s A Very Old Man with Enormous Wings, and Lyndie Wright’s two personal awards: the J.M. Barrie prize for her contribution to the arts for young people and the MBE for her services to puppetry.