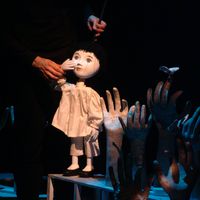 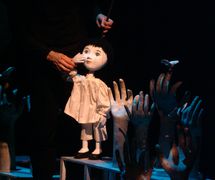 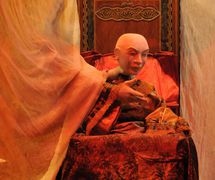 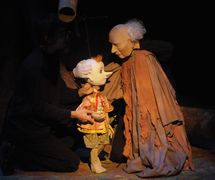 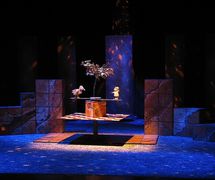 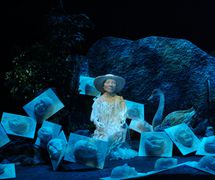 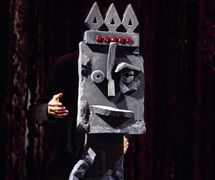 After founding Théâtre de Sable, their work has evolved through the exploration of puppetry and the development of puppetry-specific theatre, resulting in very distinct productions. Among these is the beautiful triptych: Contes du temps qui passe (Tales of Passing Time, 1992), Le Rossignol et l’Empereur de Chine (The Nightingale and the Emperor of China, 1994) which, in 1995, received the Quebec Theatre Academy (l’Académie Québécoise du Théâtre) Masque award for the production for young audiences, and Rêve de Pinocchio (Dream of Pinocchio, 1996).

It was due to this company that Robert Lepage (b.1957, Quebec), world famous “man of the theatre and Quebec cinema”, discovered the many possibilities of puppetry and decided to found, in 1994, a multidisciplinary company, Ex Machina.

Théâtre de Sable closed its doors in the fall (autumn) of 2011.