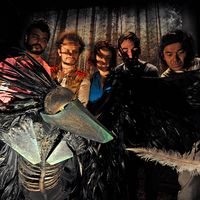 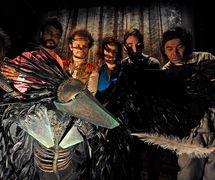 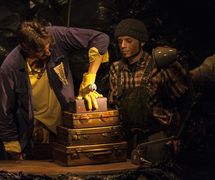 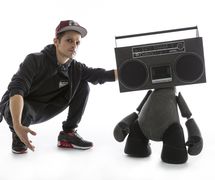 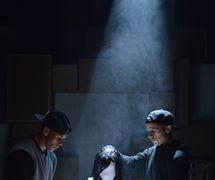 British theatre company for children, founded in 1995 in London by Penny Bernand (1946-2001) of whom The Guardian (30 November, 2001) said that she “smashed all preconceptions about performance for children”, and Sue Buckmaster, the present artistic director.

Theatre-Rites specializes in site-responsive installations and theatre-making, and are known for sensitive, imaginative shows for children and adults to share. The company works with many kinds of artists, exploring the creative potential of puppet theatre, video and film, music and the visual arts. The company is particularly skilled at entering the child’s world, animating their fears and fantasies in a style recognized for its fine design, strong imagery, original scenarios and the use of space. Theatre-Rites receives annual funding from Arts Council England, and has undertaken numerous commissions from at home and abroad, notably with the Lyric Theatre in Hammersmith, London and the Ruhr Triennale, Germany.

Their site-responsive shows include Houseworks (1996), where audiences were guided through a series of installations in a south London house; Millworks (1998), in which the cycle of the milling process was animated; Cellarworks (1999), based on the “rag” (clothes) trade in north London; Finders Keepers (2003), a collaboration with the Livesey Museum in London; Shopworks (2003), Hospitalworks (2005) and Salt (2008).

Touring shows include The Lost and Moated Land (1998) which took the audience through a mythical search for a star; Sleep Tight (2000), in which children’s night-time routines were sensitively and gently animated; Catch Your Breath (2002), which explored the child’s need to make private spaces; In One Ear (2004), a foray into the world of musical instruments, and Mischief (2007) which was internationally toured. Most recently Paradise (2010) and Mojo (2011) have confirmed the consistent success of Theatre-Rites.