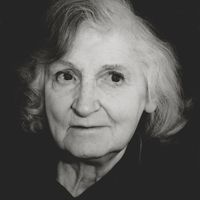 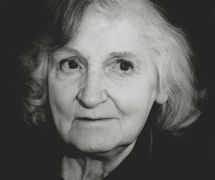 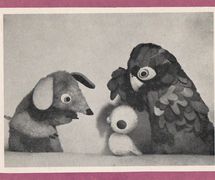 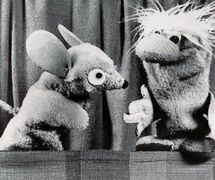 British puppeteer, author, designer, maker and performer, founder of the companies Charivari and Cap and Bells. Trained at St Martin’s School of Art, after World War II she gave up ideas of being a professional photographer to become a popular performer for children, always writing her own scenarios, full of action, adventure and charm, showing a true affinity to the young. A regular character in the plays was a baby “Bandicoot” for whom as for many of the other characters she provided the voice. The performances could be large or small in scale, usually with rod puppets or glove puppets above a screen or in a booth.

A council member of the Educational Puppetry Association, she married its founder “Panto” Philpott in 1973 (see Alexis Robert Philpott). Violet Philpott often ran workshops and gave shows for the disabled and disadvantaged. The couple’s generosity was legendary.

Among her most notable productions were A Present for Timothy (1951), which she also performed in Spanish in Spain, where it toured beaches on a cart, The Three Suitors (1960s), Kim, The King Who Lost His Crown (1964), To See the Queen (1968) and the most popular and long-lived, from the 1960s onwards, The Egg, starring Bandicoot.

At the end of the 1990s she adapted two stories for the Little Angel Theatre, The Ugly Duckling and The Elves and the Shoemaker which are still in the repertoire. In addition to many stories and poems, Violet Philpott is the author of Bandicoot and his Friends (London, J.M. Dent, 1970), and, with M.J. MacNeill, The Know-How Book of Puppets (London, Usborne, 1975) and Puppet Fun (idem, 1978).