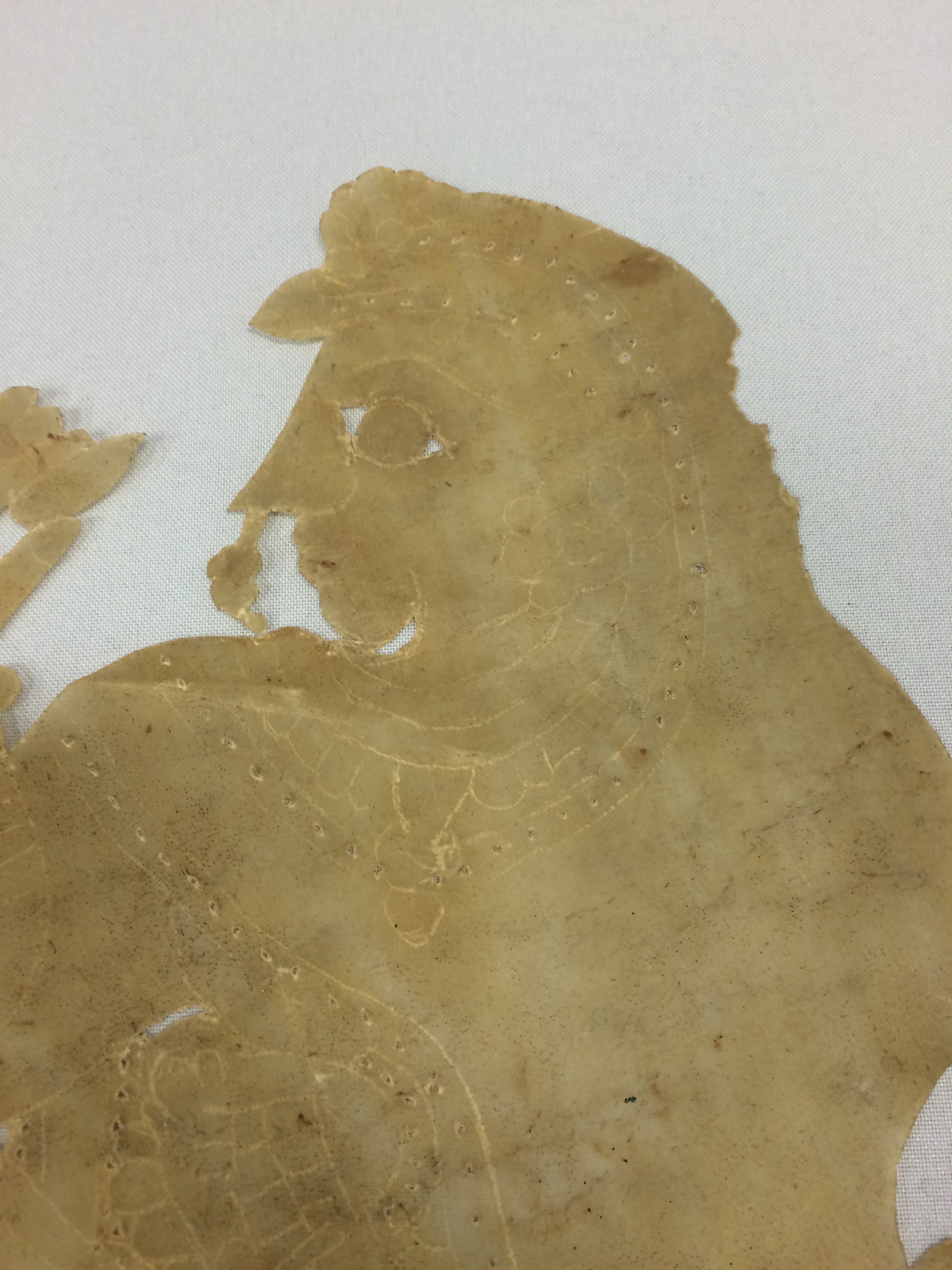 An avatar of Lakshmi, goddess of wealth, wife of Hindu god Vishnu, Sita (also spelled Sîta, Seeta or Seetha) is the wife of Rama, the seventh incarnation of Lord Vishnu on Earth. Among her other names are Bhumije and Janaki. The Sanskrit word sīta means furrow, a name which connects her to the ancient Vedic goddess Sita, an earth goddess associated with fertility.

Rama and Sita are the hero and heroine of the Hindu epic, the Ramayana, and as such they are central characters in the puppet theatre, shadow theatre, dance theatre and actors’ theatre in India and South East Asia.

In the Ramayana, Sita is described as born from Mother Earth (goddess Bhūmi). Soon after her marriage to Rama, she is forced into exile with her husband and brother-in-law Lakshmana to the Dandaka forest. While in exile, she falls victim to the carnal desires of the demon-king Ravana and is carried off to the kingdom of Lanka, an action that results in an epic war. Rama slays Ravana. Sita is rescued but must prove her chastity by undergoing a trial by fire. Rama and Sita return to Ayodhya, where they are crowned as king and queen. With rumours questioning the purity of the queen while she was Ravana’s captive, Rama abandons a pregnant Sita in the forest. In the refuge of Sage Valmiki’s hermitage, Sita gives birth to twin boys Lava and Kusha (Lav and Kush). After her sons grow up and unite with their father, Sita returns to her mother, the Earth’s womb.

A few examples of Sita’s portrayal in Indian puppet theatre, among the many, include the following. In the tolpava koothu shadow theatre from the state of Kerala (with its repertoire relating the story of Rama from his birth to his coronation), Sita is evocatively portrayed as a prisoner of Ravana. Her figure in this scene seems to be “imprisoned’ in a square frame, representing the Ashoka gardens where she is kept, her one long, articulated arm her only form of movement. The tolu bommalata shadow theatre of Andhra Pradesh, with its brightly coloured and very large figures, some life-size, with detachable heads to permit head movement, is performed with the puppeteers standing. In the telling of episodes from the Ramayana, the shadow figure of Sita is slightly smaller and her features are finer, more delicately represented than those of the male characters. With articulation of the arms and hips, Sita dances, her hand gestures precise and graceful, her long, articulated braid undulating with the dance. The ravanachhaya of Orissa features single as well as composite shadow figures, with the latter of Sita with Rama. In the string puppet theatre, bommalatam, of Tamil Nadu, which is known for intricate manipulation and “trick” puppetry, a popular play is Seetha Kalyanam, the story of Seetha’s swayamvara, or the ceremony where the husband will be chosen after a trial or contest. The finale of the play has Seetha garlanding Rama and holding his hand, both actions receiving audience applause. In the danger putul nach rod puppet theatre of West Bengal, a play such as Sitar Banabas (Sita’s Exile) is performed with wringing pathos …

Sita, a paragon of female and wifely virtue, is a beloved character in Asian literature and theatre, and the model for women in traditional India to this day. The events in her story, from the mystery of her birth to her final return to the Earth’s womb, are redolent with adventure, drama, and pathos. However, revisionist or feminist retellings of her story in the past and more recently – as oral literature, in print form, and for the stage – have taken issue with core themes and controversial scenes of the Ramayana (one recent example is Sita’s Ramayana, adapted by Samhita Arni, illustrated by Moyna Chitrakar, Groundwood Books, 2011.)