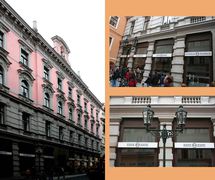 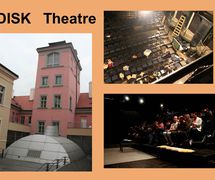 University founded in Prague after World War II that included a theatre department (Divadelní fakulta Akademie múzických umění or DAMU) to which a Department of Puppetry (Katedra loutkářstvi) was established in 1952. This was the first university puppetry institute in the world as a consequence of the issuing of the Theatre Law (1948), which established puppeteers as actual and legal equals of other theatre artists in Czechoslovakia. After this came the ministerial instruction to establish a Department of Puppetry in the Academy.

The Department opened the first class on October 1952. The artistic leaders of this Department have included Josef Skupa (1952-1953), Erik Kolár (1953-1962), Eva Vodičková (1962-1965), Zdeněk Raifanda (1965-1968), Miroslav Česal (1968-1988), and Alois Tománek (1988-1990). From 1990, Josef Krofta (1943-2015) had been the Head of Department; currently, Jiří Havelka heads the Department. Krofta had changed its name to the Katedra alternativního a loutkového divadla (Department of the Alternative and Puppet Theatre), and moved the Department to a renovated building in Karlova Street in Prague. From 1956 to 1962, the Department established a theatre called Loutka (Puppet) where students could show audiences their first attempts at directing and acting. A number of personalities from the contemporary Czech and foreign puppet theatres were graduates of the department, including Jan Švankmajer, Jiří Srnec, Jiří Středa, Karel Brožek, and others.

The Department is divided into three main sections: acting; directing and dramaturgy; and set design (scenography). There is also a small but active unit for theory and criticism. The goal of the Department is the interconnection of all theatre genres, with emphasis on theatricality, theatrical metaphors and diversity in the vehicles of expression. Degree studies in the Department take five years. Besides these, one-year residencies are organized for foreign students or, starting in 2012, foreign students can study a two-year Master Program completely in English.