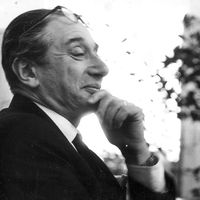 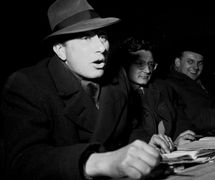 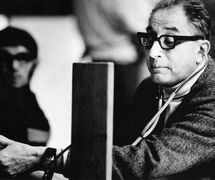 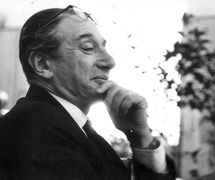 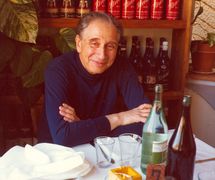 Czech puppet theatre director, dramaturge and pedagogue. Erik Kolár was initially a lawyer, but as a student he was also an amateur puppeteer and, in the mid-1920s, he became an actor at the Loutkové divadlo Umělecké výchovy (Puppet Theatre of Art Education) in Prague. In the 1930s, he established himself as a theatre director, and, influenced by avant-garde art, he staged several productions in this theatre in collaboration with visual artist, Bohumil Buděšínský, bringing an air of novelty to contemporary puppet theatre with modern directing methods and an emphasis on the metaphoric possibilities of the genre.

During the German occupation, Erik Kolár was persecuted for his Jewish origins and later interned by the Nazis in the Terezin concentration camp. After the war, he left his first job and devoted himself exclusively to puppetry, participating in the creation of new professional Czechoslovak puppet companies.

As a dramaturge of the Ústřední loutkové divadlo (Central Puppet Theatre, today the Divadlo Minor [lier]Minor Theatre[/lier]) in Prague, Kolár convinced several prominent Czech poets – Josef Kainar, Jan Vladislav, Ludvík Aškenazy, and others – to work with him and, as director, he collaborated with a number of Czech and Slovak puppet theatres. His staging of František Pavlíček’s play, Slavík (The Nightingale, 1958 in Prague, 1969 in Bratislava) was especially notable.

In 1952, he was one of the founders of the Department of Puppetry at the Divadelní fakulta Akademie múzických umění (Theatre Faculty of the Academy of Performing Arts; see DAMU), which he directed from 1953 to 1962. Kolár mainly dedicated himself to his teaching activities, especially in the area of puppet theatre theory. He had significant influence on Czechoslovak as well as foreign students not only with his expert knowledge but also his humanist philosophy.

In 1957, Erik Kolár became a member of the UNIMA Executive Committee and, as a lawyer, he participated in the drafting of the organization’s new statutes. In 1969, due to his unshakeable opposition to the Soviet occupation of Czechoslovakia, he was forced to step aside from all of his official activities. Nevertheless, he continued to dedicate himself to the puppet theatre by writing reviews of performances under various pseudonyms and through his literary works. He published a summary of his aesthetic views in the work, Sto a jedna kapitola o režii loutkových her (A Hundred Plus One Chapters on Staging Puppet Plays, 1978).