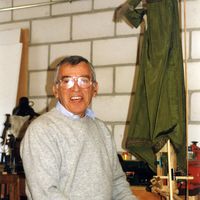 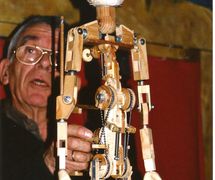 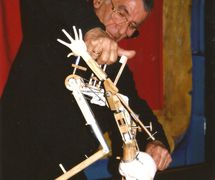 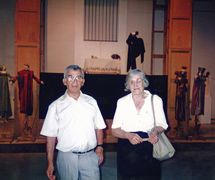 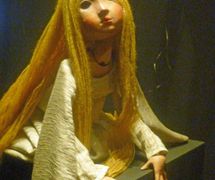 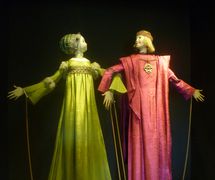 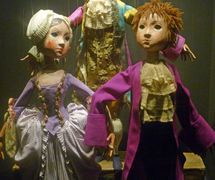 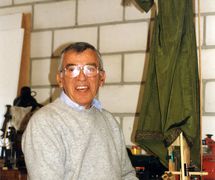 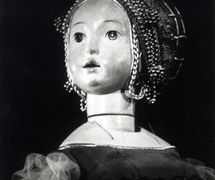 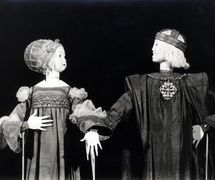 Spanish puppeteer. Francisco Peralta studied Applied Arts and saw puppets for the first time in Cádiz at La Tía Norica. As a child, he played with cardboard silhouettes that appeared to glide, being moved from below through the slots in a box. In this fashion he unknowingly reproduced the technique of the Belén de Tirisiti (Nativity of Tirisiti). “I liked the magic of that motion achieved with a hidden mechanism,” he said.

Peralta studied Fine Arts in Madrid, specializing in sculpture. There he created a puppet workshop in a school for twelve- and thirteen-year-old children. In 1956, he presented Bastien y Bastienne, an opéra bouffe composed by Mozart at the age of thirteen. Peralta founded his puppet company in 1956 with his wife, Matilde del Amo. Subsequently, they produced performances based on tales and popular novels, including works by Manuel de Falla, Lope de Rueda, Sergei Prokofiev, Paul Dukas, Gonzalo de Berceo, Lope de Vega, Montserrat del Amo, and his students’ own creations.

These beautiful puppets, manipulated with great precision, performed at major international festivals as well as in films, such as Dulcinea (1962), directed by Vicente Escribá, and Cabriola (1965), directed by Mel Ferrer.

Paco Peralta is a rigorous creator who seeks to ensure his puppets accurately portray that which he originally imagined. He is not motivated by perfectionism nor by an interest in realism, but rather “So that their expressions are perfectly drawn …My love of drawing does not permit me to make things that are indistinct.” Hence, his string puppets are distinguished by their great elegance, as are his large rod puppets through their expressive and harmonious head, waist and arm movements. This talent is uniquely expressed in an amazing tabletop puppet with exact, accurate movements, perfectly adapted to rhythmic and emotional situations. “I am a sculptor and puppeteer, and I do not know where to draw the line because, for me, the puppets are sculptures in motion.”

In Móstoles, an important city close to Madrid, is a monument to puppeteers designed and executed by Peralta. This master puppeteer and artist is an award winner honoured by the Spanish Ministry of Culture.