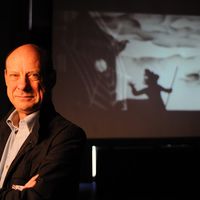 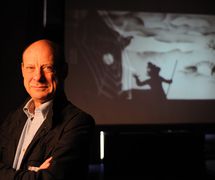 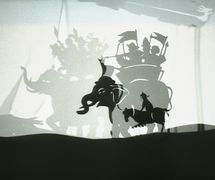 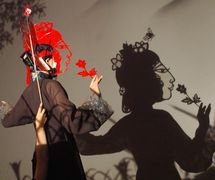 American puppeteer and filmmaker. Larry Reed is a nationally and internationally acclaimed theatre artist, and is a trailblazer in the contemporary shadow theatre field. In 1972, he founded ShadowLight Productions to nurture indigenous shadow theatre traditions, and to explore and expand the possibilities of the shadow theatre medium. He is one of the first Westerners to have trained in the traditional Balinese shadow theatre (wayang kulit) and is a dalang or “shadow master”, who manipulates over twenty carved leather shadow puppets while simultaneously serving as the conductor of the accompanying gamelan orchestra, the director, and the stage manager. Over the years, he has performed over 250 shows in this tradition around the world. His work has earned Reed two UNIMA-USA Citations of Excellence.

In the early 1990s, Larry Reed entered a new phase of his career by inventing an ingenious shadow casting method, integrating traditional shadow theatre techniques with film, modern theatre, and dance styles. His major works include In Xanadu (1993), The Wild Party (1995), Coyote’s Journey (2000), A (Balinese) Tempest (2005), Monkey King at Spider Cave (2006), Ghosts of the River (2009), The Good-for-Nothing Lover (2010), Poro Oyna – The Myth of the Aynu (2012), a collaboration with musicians from the indigenous Aynu (Ainu) tribe of Japan. These and other original works have been seen at festivals and venues such as The Jim Henson International Festival of Puppet Theater, Britt Festival, the Spoleto Festival USA, World Puppetry Festival, Huddersfield Festival in England, Walter Spies Festival in Bali, the National Puppetry Conference at the Eugene O’Neill Theater Center, Fort Mason Center, Theatre Artaud, San Francisco Insitute for the Arts, and University of Hawaii-Manoa. He has also conducted shadow theatre workshops in China, Taiwan, Indonesia and Japan, among others, training the next generations of shadow artists.

Reed has mounted exhibitions and installations of his work, and has been a guest artist and artist-in-residence at the University of Hawaii-Manoa, Exploratorium in San Francisco, the California State University, and the Institut International de la Marionnette in Charleville-Mézières, France.

A multidisciplinary artist, Reed has also written, directed and produced films in the United States and Mexico. Shadow Master (1979), his unique “dramatic documentary” on the family of a Balinese shadow artist, has been shown on PBS and Discovery Channel. Reed considers his film work as an essential part of his artistic vision. He went on to create Explorations of the Shadow World, a series of films on traditional and contemporary shadow theatre works (ten titles as of 2013). He also served as Assistant Director of the National Theater of Costa Rica, and performed and choreographed with Anna Halprin and her SF Dancers’ Workshop in the 1960s.

Fluent in five languages, Larry Reed’s articles and translations have been published in Asian Theatre Journal and Shattentheater (Germany), among others. Larry Reed has garnered numerous awards and honours, and was named one of the Top 50 artists in the San Francisco Bay Area by Metropolitan Magazine in 1995 and 1996.