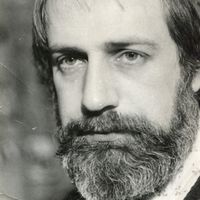 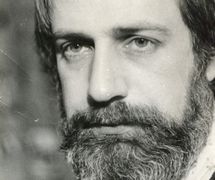 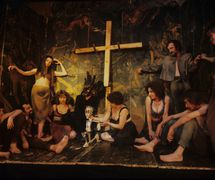 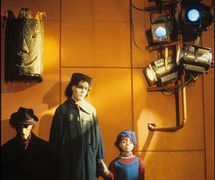 Russian theatre director and pedagogue. From 1964 to 1967, Viktor Shraiman was an actor in the State Kharkov Puppet Theatre (Ukraine). From 1967 to 1972, he was a student of the Puppetry Department of the Leningradsky gosudarstvenny institut teatra, muzyki i kinematographii (Leningrad Institute of Theatre, Music and Cinema; today, the Saint Petersburg Theatre Arts Academy).

Viktor Shraiman is a former student and advocate of the Mikhail Korolev school of puppetry. In 1972, upon graduation, Shraiman, together with designer Mark Bornshtein and a group of like-minded actors (Evgeni Terletsky, Vladimir and Natalia Shulga, Lyudmila Kljukina, Nikolai Glebov, Zinaida Zhdanova, Lyudmila Davydova, and others) founded the Teatr kukly i aktyora “Buratino” (Buratino Theatre of Puppet and Actor) in Magnitogorsk (the Urals region). Shraiman and his colleagues, directors Roman Vinderman, Valery Volkhovsky, Anatoly Tuchkov and others, became the founders of the non-formal, creative association that, in the 1970s, was known as the “Ural Zone”, which became a symbol of the avant-garde of Russian puppetry, a counterbalance to the aesthetics of Sergei Obraztsov (see Russia, The “Ural Zone”).

Thus, the screen and the puppet ceased to play the chief roles in Viktor Shraiman’s productions. The questions, “why”, “what about”, and “by what means”, became the principal messages of his productions. Shraiman’s theatre was a combination of drama, circus, pantomime, music, masks, and mannequins (manikins). The Polish puppet theatre researcher, Henryk Jurkowski, referred to this direction as the “third type theatre” (i.e. between drama theatre and puppetry; see Third Theatre).

From 1996 to 2007, Viktor Shraiman was chairman of the Theatre and Cinema Actor of the Magnitogorsk Conservatoire. He is author of Professiya – aktyor (Profession – An Actor, 1997) and a methodological guide, Deistvenny analiz piesy (An Efficient Analysis of a Play, 2004).

Since 2008, Viktor Shraiman has headed the Workshop for puppet theatre directors under Russia’s Theatre Union.