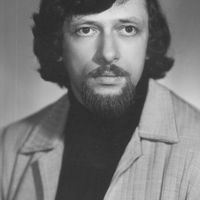 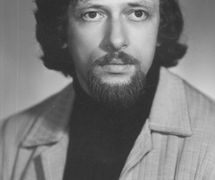 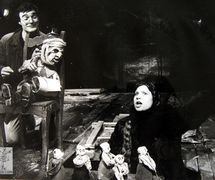 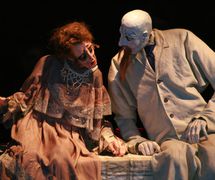 Russian puppet theatre director and pedagogue. In 1970, Roman Vinderman graduated from the Leningradsky gosudarstvenny institut teatra, muzyki i kinematographii (Leningrad Institute of Theatre, Music and Cinema, today the Saint Petersburg Theatre Arts Academy). He was a student of [Mikhail Korolev]. From 1974 to 1983, Vinderman was the principal director of the Sverdlovsky teatr kukol (Sverdlovsk Puppet Theatre, today the [Yekaterinburgsky munitsipalny teatr kukol], or [Yekaterinburg Municipal Puppet Theatre]) and a lecturer and trainer of puppeteers at the local higher theatre school. Since 1983 until his death in 2001, Vinderman also headed the Skomorokh Puppet Theatre in Tomsk, Western Siberia.

Roman Vinderman was among the preeminent representatives of the avant-garde movement known as the “Ural Zone” (see [Russia], The “Ural Zone”). Vinderman’s influential style included his reliance on literature, which previously had not been considered appropriate dramatic material for puppetry, and his experiments with large-scale volumes, creating artistic images with [objects] (elements of the environment, pieces of clothing, etc.) His wife, stage and puppet designer Lyubov Petrova, was co-author of his productions. Their best-known productions included: Banya (The Bath House, 1979) by Vladimir Mayakovsky; Sirano de Berzherak (Cyrano de Bergerac, 1981) by Edmond Rostand; Mirandolina (1984) after Carlo Goldoni; Bylo ili ne bylo (Was it or Was it Not, 1987) by Pavel Grushko, based on Mikhail Bulgakov’s Master i Margarita; and the stage version of Andrei Platonov’s Kotlovan (The Pit, 1989).

To commemorate the life and legacy of the artist, in 2001 the Tomsk Skomorokh Puppet Theatre was renamed The Roman Vinderman Theatre.